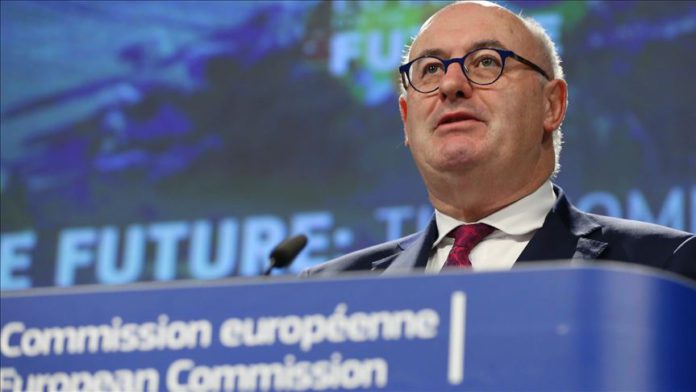 EU Trade Commissioner Phil Hogan resigned from his position Wednesday after his participation at a social event broke Irish rules towards curbing the novel coronavirus and caused a political scandal.

Hogan attended a golf society event with other 80 people a week ago in Ireland.

The dinner was held just 24 hours after the Irish government introduced a ban on indoor gatherings of more than six people. Prior to the that, the limit had been 50.

As a result of media reports and public outcry, Irish Minister for Agriculture, Food and the Marine Dara Calleary resigned on Friday.

Despite the fact that Irish Prime Minister Micheal Martin urged him to “consider his position” on Saturday and the mounting pressure from the Irish and Brussels-based media, Hogan waited until Wednesday to step down.

“It was becoming increasingly clear that the controversy concerning my recent visit to Ireland was becoming a distraction from my work as an EU Commissioner and would undermine my work in the key months ahead,” he wrote in a statement.

Hogan also gave a “heartfelt apology to the Irish people,” acknowledging the “hurt and anger” of the families suffering from COVID-19 “when they feel that those in public service do not meet the standards expected of them.”

Hogan has been assuming public office for almost 40 years, rising from local politics to the Irish parliament. He served as a state minister in finance and environment minister as well.

This was Hogan’s second term in the European Commission. Between 2014 and 2019, he directed the bloc’s agricultural affairs.