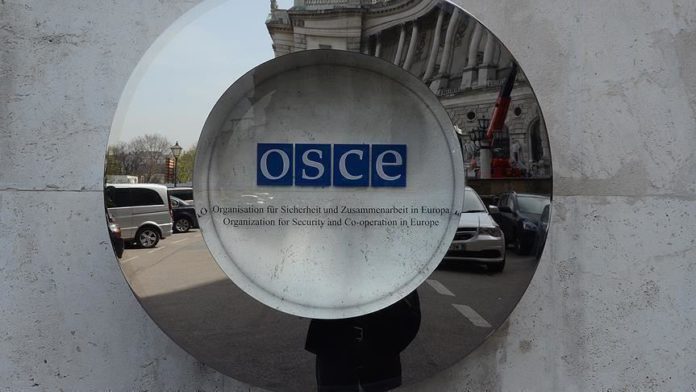 The European Union and Canada called on Belarusian authorities Wednesday to accept a proposal by the Organization for Security and Cooperation in Europe (OSCE) to send a high-ranking delegation from the body to Minsk to assist in the country’s political process.

“We, as friends of the Belarusian people and supporters of the sovereignty and independence of the Republic of Belarus, stand by the people’s wish for democratic change,” EU foreign policy chief Josep Borrell and Canadian Foreign Affairs Minister Francois-Philippe Champagne wrote in a joint statement.

The Belarusian authorities should immediately accept the proposed visit of a high-level delegation representing the OSCE, the top diplomats said.

It is now urgent to launch an open and constructive national dialogue to find a way forward in Belarus, Borrell and Champagne noted, calling on other members of the organization to support the initiative.

According to the EU and Canada, the “recent presidential elections were neither free nor fair” in Belarus, despite the fact that the country as a participating state to the OSCE “has committed to holding genuinely democratic elections and to upholding human rights and fundamental freedoms.”

Last week, a formal offer was submitted to the Belarussian government by Albanian Prime Minister Edi Rama, who took over the rotating chairmanship of the organization, and the incoming OSCE Chairperson-In-Office Swedish Foreign Affairs Minister Ann Linde to meet with the government and opposition members.

Mass protests across Belarus against the results of the presidential elections have been ongoing since Aug. 9.

President Alexander Lukashenko, who has ruled the country for 26 years, won the election with 80.1% of vote while his main rival Svetlana Tikhanovskaya garnered only 10.12%, according to Belarus’ Central Election Commission.

Turkish stocks down at daily close