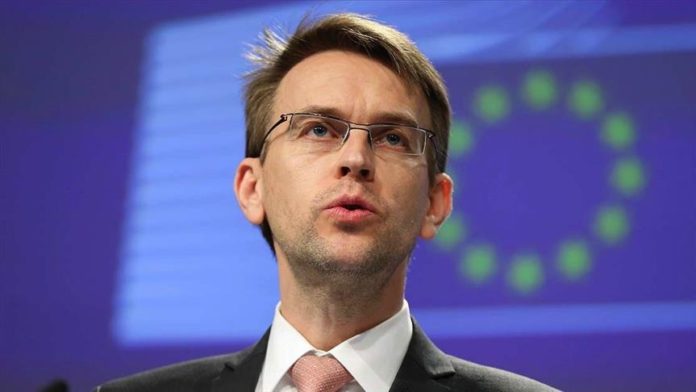 The EU on Monday called on Iran to avoid any steps that could undermine “the preservation of the nuclear deal.”

In a news briefing, EU spokesman Peter Stano said “the deal will be kept alive as long as all the participants deliver on their obligations,” adding all participants of the deal wants to keep it alive.

Late last week, Iran confirmed a plan to increase uranium enrichment up to 20% as it moves to implement a recently introduced law as a counter-measure against US sanctions.

“If this announcement is going to be implemented, the announcement by the Iranian authorities, it would constitute a considerable departure from Iran’s nuclear commitments under the JCPOA with serious non-nuclear, non-proliferation implications,” said Stano.

“We will see what the IAEA will say, and as I said the IAEA is recognized independent monitoring and verification authority for Iran’s nuclear program. And on its assessment, we are basing our decisions and our actions,” he added.

Under the 2015 nuclear deal, Tehran was allowed to enrich uranium up to 3.67%. The threshold was, however, breached by Iran in response to the US withdrawal from the deal, raising the level to 4.5.

Despite US President Donald Trump’s decision in 2018 to withdraw from the JCPAO, EU members Germany and France have repeatedly underlined their commitment to the deal and urged Tehran to return to full compliance with the agreement.

ANALYSIS – PKK/YPG continues to use child soldiers with impunity

Forest-dwelling communities in India continue to lose their lands, livelihoods