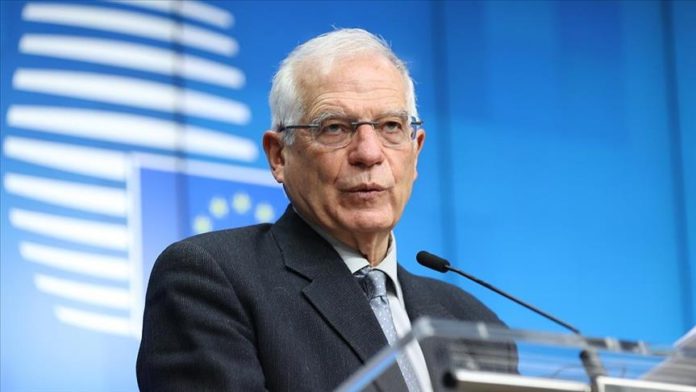 The European Union urged Iran on Thursday to reverse actions inconsistent with a 2015 nuclear deal it signed with world powers.

“We continue to call on Iran to stop and reverse all actions that are inconsistent with its commitments under the JCPOA,” said Borrell, referring to the Joint Comprehensive Plan of Action.

The statement said inspectors would have reduced knowledge about “Iran’s nuclear fuel cycle,” including research and development on advanced centrifuges, which limits the agency’s ability to verify if material and activities remain exclusively for peaceful purposes.

Borrell, however, repeated the bloc’s support and commitment to the nuclear agreement and welcomed “the prospect of a US return to the JCPOA and Iran’s return to full JCPOA implementation.”

Iran announced Tuesday that it would suspend the provisional application of Additional Protocol as well as additional transparency provisions of the nuclear agreement.

The deal was signed by Iran, the US, China, Russia, France, UK, Germany and the EU.

Tehran promised to limit its nuclear activity to civilian purposes and in return, world powers agreed to drop economic sanctions against Iran.

However, under then-President Donald Trump, the US unilaterally withdrew from the agreement in 2018 and re-imposed sanctions on Iran, prompting Tehran to stop complying with the deal.

EU diplomacy, along with the UK, Germany and France have since tried to reinsure Iran’s return to the pact by various means, including triggering a dispute mechanism solution in the treaty.