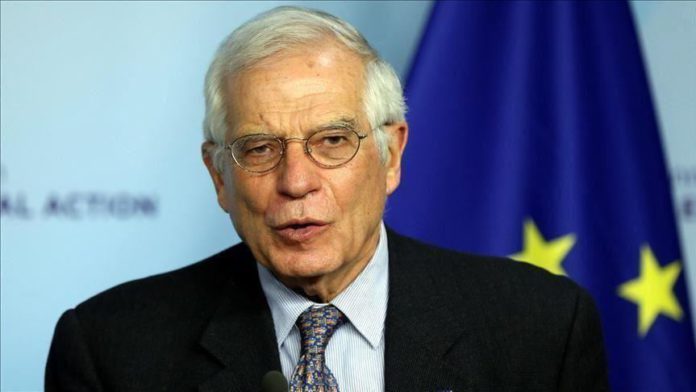 EU foreign policy chief Josep Borrell on Wednesday held a three-way phone call with his Azerbaijani and Armenian counterparts to discuss the latest armed confrontations in the border zone between the two countries.

It was the first time that Borrell talked simultaneously with the newly appointed Azerbaijani Foreign Minister Jeyhun Bayramov and Zohrab Mnatsakanyan, the chief of Armenian diplomacy.

The EU top diplomat urged both sides to stop the armed confrontation and to reaffirm their commitment to a cease-fire.

According the EU foreign policy chief, Azerbaijan and Armenia should take advantage of the dispute settlement mechanism of the Organization for Security and Cooperation in Europe (OSCE).

At the same time, Borrell showed commitment to continue talks with the two parties and tasked the EU’s Special Representative for the South Caucasus to support the process.

A dozen Azerbaijani soldiers were killed, including high-ranking officers, and one civilian.

October 21, 2020
We use cookies to ensure that we give you the best experience on our website. If you continue to use this site we will assume that you are happy with it.Ok