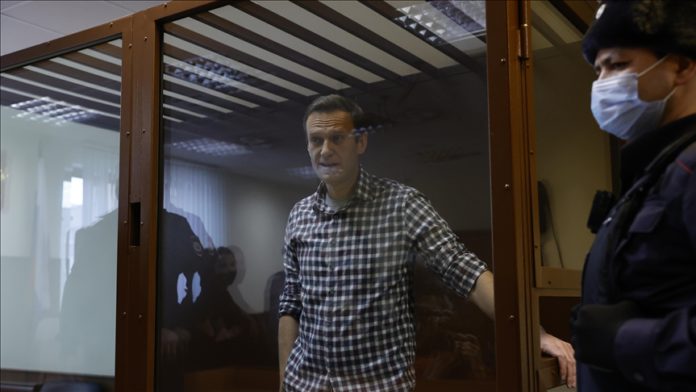 The European Union reiterates its “call on the Russian authorities for his immediate and unconditional release without further delay,” Borrell said in a statement on the first anniversary of Navalny’s arrest.

“We deplore that the Russian legal system continues to be instrumentalized against Mr Navalny, as he now faces new criminal charges,” he stated, calling Navalny’s prosecution “politically motivated.”

He added that the bloc continues to condemn the attempt to assassinate Navalny using the military-grade chemical agent Novichok and called on Russian authorities to investigate the incident.

Borrell also criticized the persecution and disinformation campaign against members of Navalny’s political movement, and urged the release of Liliya Chanysheva, the former head of Navalny’s office in the city of Ufa.

Navalny was arrested in Moscow upon his return on Jan. 17, 2021 from Germany, where he had received life-saving treatment after being poisoned by Novichok.

In December, the European Parliament awarded Navalny the Sakharov Prize for Freedom of Thought for his bravery to reveal “the corruption of (President) Vladimir Putin’s regime” and his social campaigns that “helped to expose abuses and mobilize the support of millions of people across Russia.”

Pyongyang slams US for meddling in inter-Korean affairs