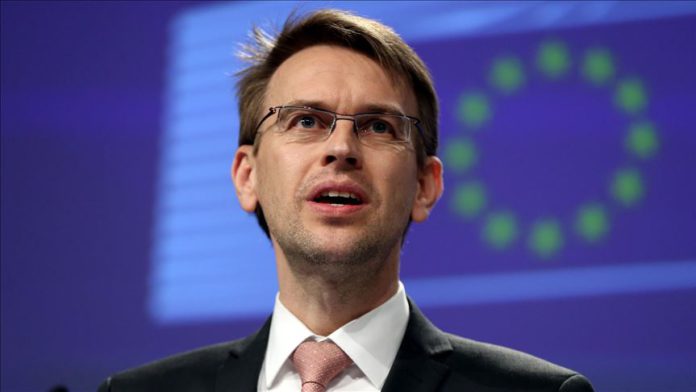 The latest developments in the Eastern Mediterranean are “extremely worrying” and must be solved through dialogue, said a European Union spokesman Tuesday.

“What is needed to be done is to engage in solving all the open issues in line with principles of good neighborly relations, international law, and positive engagement,” European Commission spokesman Peter Stano told a news conference.

In response to Greece’s call for an extraordinary meeting of the EU Foreign Affairs Council, Stano said a decision will be made soon through consultations among the member states.

He added that Turkey’s actions will also be discussed at an informal meeting of EU foreign ministers in Berlin later this month.

Mitsotakis also briefed President Katerina Sakellaropoulou and the heads of the country’s other major political parties.

Dendias also met with US Ambassador Geoffrey Pyatt at the Foreign Ministry building in Athens where the two discussed the latest developments in the Eastern Mediterranean, Dendias wrote on Twitter.

The Oruc Reis, along with the ships Ataman and Cengiz Han, will continue seismic activities in the Eastern Mediterranean through Aug. 23.

But, Greece’s controversial move last week to sign a maritime delimitation agreement with Egypt, which Turkey says violates its continental shelf and maritime rights, has sparked further tension between the two neighbors.

* With writing and contributions by Iclal Turan in Ankara