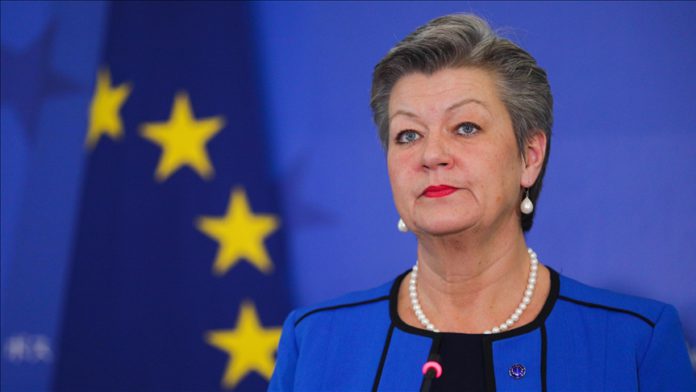 An EU commissioner said on Thursday that the bloc’s border agency FRONTEX harmed its reputation by taking too much time to investigate alleged pushbacks of asylum seekers in the Aegean Sea.

EU Commissioner for Home Affairs Ylva Johansson was speaking at the hearing of the European Parliament’s special scrutiny group, dedicated to investigate the European Border and Coast Guard Agency’s (FRONTEX) alleged participation in pushing back of asylum seekers from Greece’s territorial waters towards Turkey in the Aegean Sea.

“Investigation is important for the trust and reputation of the agency so that it [the allegations on pushbacks] could be clarified as soon as possible,” Johansson said.

“It has taken too long and it hasn’t been good for the reputation of the agency,” the EU commissioner pointed out, referring to the fact that complicity in pushbacks was reported in October and the EU agency only concluded a preliminary report by March.

“You should be prepared to deal with reports on incidents, misconducts or alleged pushbacks,” Johansson added.

The head of the EU border agency, who also participated in the European Parliament’s hearing, said that their internal investigation had not found any evidence on pushbacks.

“There was no substantiated, evidence-based facts or conclusions which say that FRONTEX would have participated in pushbacks or would have carried out violations of fundamental rights,” Fabrice Leggeri insisted.

A working group of 14 members of the European Parliament was formed last week to investigate the EU border agency’s involvement in pushbacks of asylum seekers in Aegean waters.

A joint investigation by news outlets Bellingcat, Lighthouse Reports, Der Spiegel, ARD, and TV Asahi reported in October that FRONTEX had been complicit in maritime pushback operations to drive away migrants attempting to enter the EU via Greek waters.

Last week, Turkey’s Foreign Ministry released a statement calling on Greece to stop pushing asylum seekers back from their borders.

Over 80,000 asylum seekers have been pushed back to Turkey in the last four years, the ministry said, accusing Greece of conducting a “systematic policy” for years on the pushbacks with the involvement of FRONTEX.

Climate change among health challenges for next decade