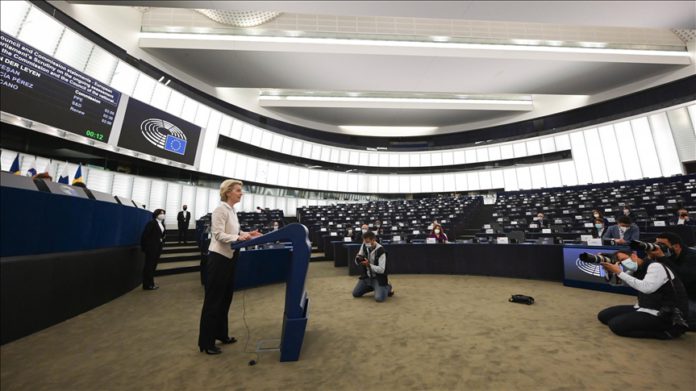 The EU has pledged fresh funds of €3 billion ($3.6 billion) to support refugees in Turkey, a top official in the bloc announced on Friday.

“In the future, we plan to allocate an additional €3 billion to support refugees in Turkey, until 2024,” Ursula von der Leyen, president of the European Commission, said following a summit of EU leaders.

Von der Leyen presented EU heads of state and government her draft proposals on redefining the bloc’s relations with Turkey.

According to the plans, the €3 billion package will be financed by the EU budget to support the long-term socio-economic integration of Syrian refugees who already settled and “need a perspective for the coming years,” von der Leyen explained.

The newly announced aid will be the continuation of €6 billion that the bloc had committed to providing in a 2016 migration deal with Ankara.

“It is now 10 years into the Syrian conflict. Those in the region still carry the lion’s share of the burden. It is in our collective European interest to protect the refugees, and to support their hosts, mainly in these difficult times with COVID-19 and very difficult economic times,” von der Leyen pointed out.

The bloc also promised another €2.2 billion in aid for Syrian refugees in Jordan and Lebanon.

EU leaders talked about the broader context of EU-Turkey relations as well during the meeting.

Von der Leyen confirmed that EU states had started “discussions on the mandate for negotiations on the modernization of the customs unions” with Turkey but she warned that “there’s still a lot of work to do.”

“There is a de-escalation in the Eastern Mediterranean, there are talks between Turkey and Greece, and that’s a good starting point,” she said, expressing disappointment over the lack of progress in Cyprus talks.

She said that she had conveyed to Turkish President Recep Tayyip Erdogan during a phone call last week the bloc’s opposition to a two-state solution on the island, proposed and backed by Ankara and the Turkish Republic of Northern Cyprus.

Among other topics of the two-day summit’s agenda, EU leaders discussed the bloc’s relations with Russia, the COVID-19 pandemic and economic situation in the bloc.

They also agreed to support third countries to reduce migratory pressure on the EU’s borders.

Turkey is the largest host country for Syrian refugees and provides international protection to 4 million people who fled the neighboring country.

The 2016 EU-Turkey was reached to stop irregular refugee flows and improve the conditions of refugees in Turkey.

The EU had pledged €6 billion aid for the refugees, and have transferred €4.1 billion according to EU statistics. The bloc will send the remaining €2 billion in the next years.