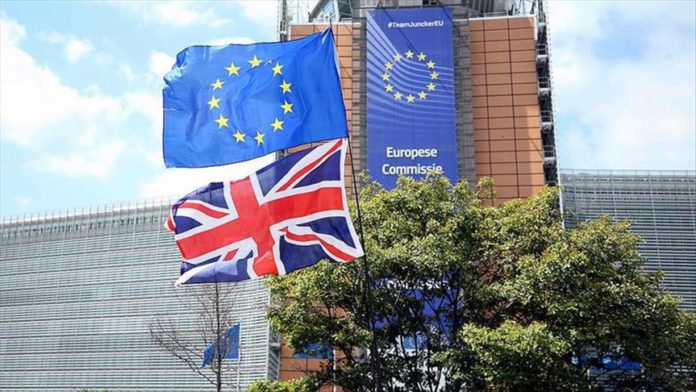 Ambassadors of the EU member states in Brussels on Monday approved the post- Brexit trade deal between the bloc and the UK.

“EU Ambassadors have unanimously approved the provisional application of the EU-UK Trade and Cooperation Agreement as of January 1, 2021,” Sebastian Fischer, spokesperson for German EU Presidency, announced.

”Green light for #BrexitDeal,” he wrote on Twitter, after the EU ambassadors’ meeting (COREPER).

“Next step: Final adoption by use of written procedure. Deadline: Tomorrow, 15.00 hours,” he added.

The EU Council is expected to authorize the signature of EU-UK trade deal on Tuesday.

The agreement still needs approval from the European Parliament until Feb. 28, 2021.

Britain voted to leave the EU in a hotly contested 2016 referendum, 52% to 48%. It formally left the EU at the end of this January. Since then, it has been in a transition period, which meant that the UK still followed EU rules while it worked out a new trading arrangement.

Brussels and London reached a post-Brexit trade agreement on Dec. 24 after nine months of negotiations and only a week to spare until the end of the transition period.

Negotiations have been acrimonious, with disagreement focused on three key issues: fishing, which is economically unimportant but politically symbolic; the so-called level playing field, where the EU wanted to protect the integrity of the single market against unfair competition by ensuring the UK did not use excessive state subsidies or cut its regulatory standards while still having tariff- and quota-free access; and governance, which was how the deal would be enforced.