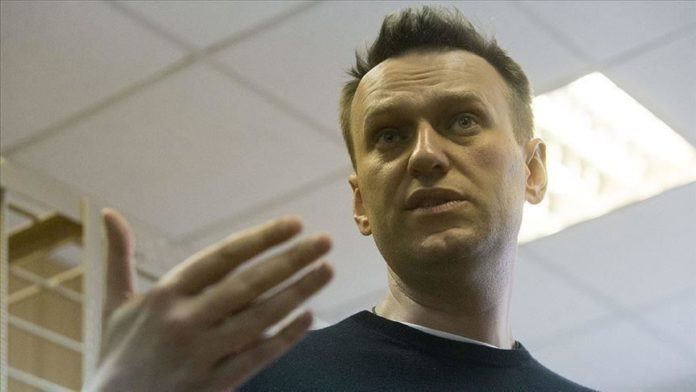 The EU on Monday agreed to slap Moscow with fresh sanctions over the “poisoning” of Russian opposition leader Alexei Navalny.

The foreign ministers of the bloc’s 27 members gathered in Luxembourg to discuss international issues and relations with Russia.

EU foreign policy chief Josep Borrell told reporters after the meeting that they agreed to implement “restrictive measures” that would be carried out by the technical bodies of the European Council.

Borrell added that the technical bodies would deal with a proposal, including some evidence provided by France and Germany, to implement the measures.

“It was a complete, complete acceptance by all member states […] Everybody was supporting this proposal,” he said.

German Foreign Minister Heiko Maas also confirmed the decision, saying they “agreed to enact sanctions against individuals that we consider to be responsible for this violation of international law,” the German Foreign Office said on Twitter. “It is important that the EU shows unity concerning such a serious crime – and we did that today.”

Last week, Germany and France accused Russia of being behind the poisoning of Navalny.

“France and Germany asked Russia multiple times to shed light on the circumstances of the crime and those who perpetrated it. No credible explanation has been provided by Russia so far,” said a joint statement by Maas and his French counterpart Jean-Yves Le Drian. “In this context, there is no other plausible explanation for the positioning of Mr. Navalny than a Russian responsibility and involvement,” it added.

Currently, Novichok is known to be produced in the US and Georgia, according to Yury Shvytkin, a member of the Russian lower chamber of parliament — the State Duma.

Russia has repeatedly sought evidence of poisoning, saying the traces of the nerve agent were not found during Navalny’s stay in Omsk and that it is necessary to open a criminal investigation on what happened.

Borrell added that the European Foreign Council also discussed the recent tensions in the Eastern Mediterranean.

Speaking on the partial reopening of the Turkish Cypriot coastal town Maras, he said the move undermined mutual trust.

“This will lead to new tensions instead of contributing to the de-escalation efforts that we are calling for,” he told reporters.

Reminding that EU leaders discussed relations with Turkey during their latest meeting on Oct. 1-2, Borrell said the recent developments would also be discussed at the meeting of EU leaders on Oct. 15-16.

The EU foreign ministers also discussed developments in recent clashes between Armenia and Azerbaijan on the Nagorno-Karabakh region, Borrell said.

“We discuss about how we could provide support to the cease-fire that we agreed on the 10th of October,” he said.

The EU ministers stressed that all regional actors should help stop the armed confrontation and contribute towards peace, according to Borrell.

He also stated that the OSCE Minsk Group’s efforts should not be affected by the EU’s recent sanctions against Russia.

Relations between the two republics have been strained since 1991 when the Armenian military occupied Upper Karabakh, an internationally recognized territory of Azerbaijan.

Switzerland extends ban on large events for a month