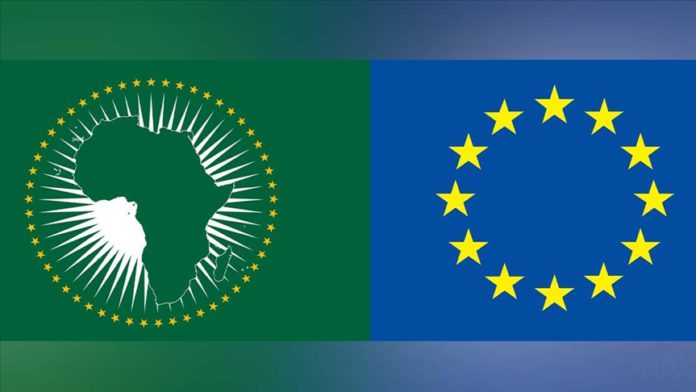 Over seventy European and African leaders will gather on Thursday afternoon in Brussels for the European Union-African Union Summit that kicks off with a controversial bid from the EU to strengthen its position on the neighboring continent amid strong competition from China.

As many as 40 African heads of states and governments confirmed their participation at the 6th European Union-African Union Summit who will join their European counterparts in discussing economic growth, climate change, migration, and security.

The African and European heads of states and governments will attend seven roundtables instead of a single plenary session to bring, according to the hopes of the organizers, more genuine and in-depth discussions on the key topics of on EU-Africa cooperation.

As an EU official, speaking on condition of anonymity, pointed out, the bloc expects the summit to be a “step change in the nature of the relationship” with Africa.

The EU has announced ambitious plans about investment and vaccine donation to Africa ahead of the two-day meeting, but the PR factor seems to be more dominant behind these pledges than the bloc’s real commitment or capacity.

“It is already a success that the meeting can take place,” a second EU official acknowledged, referring to the fact that the event was delayed for two years because of the COVID-19 pandemic.

One of the roundtables will be dedicated to the fight against the coronavirus and the development of African health systems.

The new factories in Rwanda and Senegal will open this year, and the leaders are expected to discuss new projects during the summit.

The EU also promised to donate 450 million COVID-19 vaccines to the African countries by mid-2022, but it has only delivered 148 million doses so far.

According to EU sources, the European Commission will buy 200 million doses from pharma companies and EU countries will give the rest from the stock that they have already purchased for themselves.

However, in order to meet the target and save its credibility, the bloc really has to speed up its efforts to reach the target after it handed over around 30 million doses over the past three months.

The EU has announced a large-scale investment package of €150 billion ($170 billion) for Africa under its Global Gateway connectivity strategy, which is meant to counter China’s Road and Belt Initiative.

The EU’s aspiration to remain the number one investor in the region is well reflected by the fact that it dedicates half of the funds from the Global Gateway plan to Africa.

The EU aims to finance mostly infrastructural investment, support education and entrepreneurship over the next seven years.

The plans include investment in transport corridors, interconnection technologies, such as satellite communication and fiber optics, as well as the energy sector by supporting hydrogen energy and other renewables.

“The investment package responds to needs and demands heard from African leaders,” a third EU official confirmed, adding that the bloc would only support projects that are environmentally, socially, financially sustainable and transparent.

The support also serves the bloc’s not-that-new security interests since conflicts in Africa can lay the ground for international terrorism and reinforce migration towards Europe.
“Without development, there is no peace. With the aid, we prevent, manage crisis and contribute to the reconstruction after conflicts,” the second EU official explained.

The new approach to African development is mostly reflected by labeling powerful PR messages to the investment projects, naming them as “Africa Europe Digital Innovation Bridge” or “Opportunity-driven skills and VET in Africa.” VET stands for vocational education and training.

But as it often happens with EU strategies, the impressive €150 billion-worth package has been calculated with a bit of financial wizardry and does not involve fresh money.

The EU tabled €36.8 billion in grants for African development in the 2021-27 budget, which was adopted in 2020, while some member states – or as the President of the European Commission, Ursula von der Leyen likes to call it “team Europe” – promised another €20 billion in development aid.

In addition to that, the EU will provide €53.4 billion worth of credit guarantee.

The rest is built on hope only that the EU’s nicely communicated interest will leverage enough private capital to bridge the gap and – by another linguistic invention of the European Commission – “mobilize” €150 billion in total.

‘Turkiye’s goal in its relations with Latin America is to deepen...