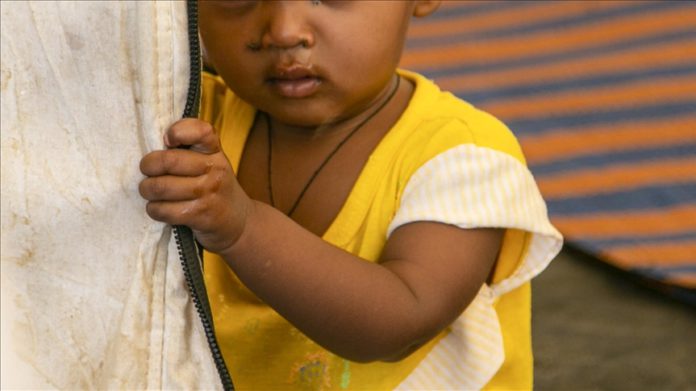 Ethiopian officials and militia fighters are carrying out a systematic ethnic cleansing operation in the state of Tigray, according to a confidential US government report.

The report obtained by the New York Times documents a land of looted houses and abandoned villages where tens of thousands of people have gone missing.

Written earlier this month, it notes that officials and fighters from neighboring Amhara state entered Tigray in support of Prime Minister Abiy Ahmed.

They are “deliberately and efficiently rendering Western Tigray ethnically homogeneous through the organized use of force and intimidation,” said the report. “Whole villages were severely damaged or completely erased.”

Amnesty International said in a report earlier Friday that Eritrean troops fighting in Tigray have systematically killed hundreds of unarmed civilians in the northern city of Axum on Nov. 28-29, 2020.

Troops opened fire in the streets and conducted house-to-house raids in a massacre that may amount to a crime against humanity.

The situation was discussed by US President Joe Biden and President Uhuru Kenyatta of Kenya during a telephone call Thursday.

“Presidents Biden and Kenyatta discussed the deteriorating humanitarian and human rights crises in Ethiopia’s Tigray region and the need to prevent further loss of life and ensure humanitarian access,” according to a White House statement.

The Tigray region has been the scene of fighting since November when Ahmed announced military operations against the Tigray People’s Liberation Front (TPLF), who he accused of attacking federal army camps.

Government troops took control of the regional capital, Mekele, in late November, but the TPLF vowed to fight and clashes have persisted in the Horn of Africa country, hampering efforts to deliver humanitarian aid.