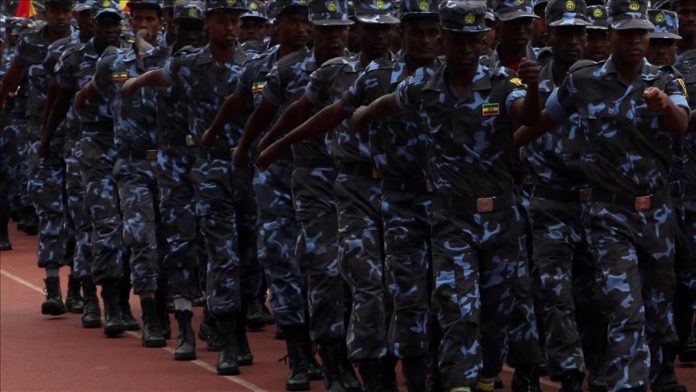 Ethiopia has claimed that it has thwarted a major multipronged security threat planned and executed by the Tigray People’s Liberation Front (TPLF), which is the ruling country’s northernmost Tigray region.

The minister said the TPLF had launched a well-planned multipronged attack on the Ethiopian state which began with a military offensive against the army base on Nov. 4.

Earlier this month, Sekoutoure Getachew, one of the officials of TPLF, admitted that they had waged a “pre-emptive strike” against the federal army stationed in different parts of the region.

The attack triggered a full-scale military response from the federal government, which is seen as the culmination of the bitter relation between TPLF which had dominated the federal government for more than three decades, and the reformist administration of Prime Minister Abiy Ahmed who took power in 2018.

‘’On the war front, we have reorganized the army and waged attacks on many fronts, and succeed in liberating all parts of Tigray except Mekelle,’’ Yadeta said.

He said so far 70-80% of heavy weapons in the hands of TPLF have been recaptured and others were destroyed with a significant number of fighters.

‘’They [TPLF] had recruited and mobilized high ranking active-duty officers from within the army. This was another dangerous front that could have weakened and destabilized our army,” said the defense minister.

The high-ranking officers and others suspected of aiding TPLF were arrested and will be brought to justice, he added.

’’TPLF junta had also organized and armed hundreds of its supporters in the capital, Addis Ababa, and many other parts of Ethiopia. They were planning to launch terrorist attacks and instigate ethnic conflicts, but they were arrested,” Yadeta claimed.

He said the objective of the military and security plan of TPLF was to dismantle the Ethiopian National Defense Force (ENDF) to instigate a civil war, weaken state institutions and overthrow the federal government.

‘’We have successfully averted the existential threat and a major humanitarian crisis,’’ he said.

The minister further said that Ethiopian troops backed by warplanes, drones, mechanized and special forces divisions are gathering on the vicinities of Mekelle.

“As we speak, our defense forces are 30-40 kilometers from Mekelle, the regional capital, preparing to launch the final offensive,’’ he said, adding that troops are closing in and the city has been surrounded.

Ahead of the offensive, thousands of special police and militia have been surrendering throughout the past three days responding to the ultimatum to lay down arms.

“The ill-fed and ill-trained combatants have been cut off from the chain of command. The TPLF leaders have given up leading the war. They are now preoccupied with their wellbeing,’’ he said.

However, TPLF leaders deny being encircled and vow to fight till the end. Getachew Reda, the spokesperson of TPLF claimed that they had ‘’destroyed an elite mechanized division.’’

‘’This is self-defeating propaganda. The fact on the ground is that we are comfortably at the gate of Mekelle after defeating their forces,” said the defense minister.

He claimed that the unprecedented public support has boosted the morale of the army which is determined to detain and disarm the leaders and fighting forces who have committed serious war crimes in Maikadra and other localities.

The minister informed that the troops will enter the provincial capital Mekelle anytime soon while ensuring maximum protection to civilian life.

‘’We will complete the offensive in a couple of days,’’ he added.

Yadeta played down fears of protracted conflict saying that the TPLF has lost the support of the people of Tigray and could not wage a protracted war.

‘’The people of the region have been fully supporting our army all the way and they feel liberated,’’ he said.