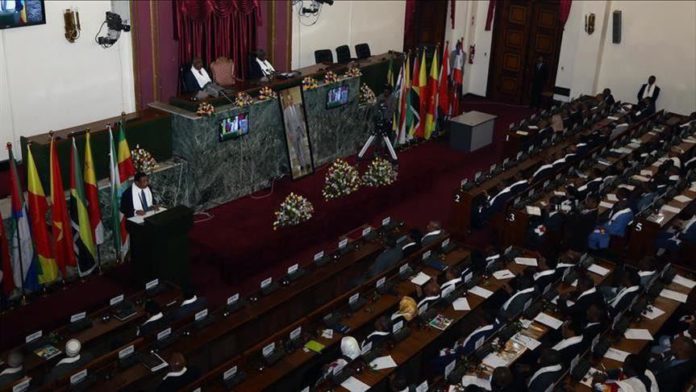 Ethiopia’s lower house of parliament on Thursday approved a six-month state of emergency in Tigray region after the prime minister accused the state government of attacking a federal military base.

The House of People’s Representatives unanimously voted in favor of the decree imposed in the region, which is ruled by the opposition Tigray People’s Liberation Front that dominated Ethiopian politics for nearly three decades.

Its influence, however, waned under premier Abiy Ahmed, who came to power in April 2018 following nationwide protests by ethnic Oromos.

Tensions had been escalating since September when Tigray held regional polls in defiance of federal authority.

It has now been held responsible for attacking troops in the regional capital Mekele, and trying to “loot” military assets.

While internet and telephone lines remain shut, military operations have begun in the northern region.

As war rages, the Ethiopian Human Rights Commission said it was “gravely concerned” by the security situation in the restive region, urging the security forces to ensure the safety and security of civilians, and respect human rights at all times.

The head of the UN has also expressed alarm over reported armed clashes, calling for immediate measures to de-escalate tensions and ensure a peaceful resolution to the dispute.

Over 80M vote early ahead of US presidential election