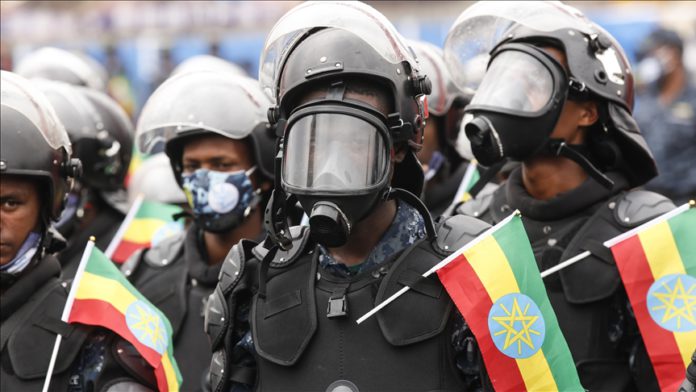 The now outlawed Tigray People’s Liberation Front (TPLF) abducted the officers on Nov. 3 after inviting them for a dinner.

“The freed officers include Brigadier General Adamneh Mengiste, Deputy Commander of the North Command of the Ethiopian National Defence Forces (ENDF),” FANA reported, quoting a statement from the army.

The freed soldiers have now been reunited with the federal army, it said.

The incident was one of the tactics used by the TPLF leadership and their forces to attack the numerous divisions of the Northern Command of the Ethiopian National Defence Forces in Tigray.

An unspecified number of soldiers were killed and a sizable amount of military hardware had been looted by TPLF forces, prompting the government to launch a massive law enforcement operation.

On Nov. 28, Prime Minister Abiy Ahmed declared the operation, saying what remained was apprehending the TPLF leadership and their militants, reconstruction and rehabilitation in the restive region, and putting in place the structures of an interim administration for Tigray.