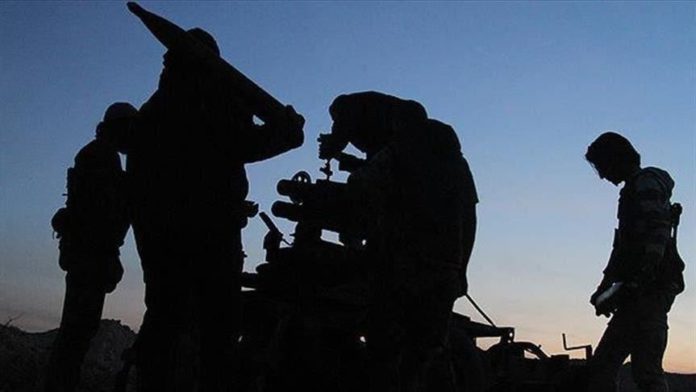 Extremist forces in the northern Tigray region have forced the Ethiopian army into a “senseless war,” the country’s deputy chief of defense staff said on Thursday.

In a statement, Gen. Berhanu Jula said extremists attacked the army’s northern command in the region early on Wednesday.

He said the Ethiopian military has been sent into Tigray to foil any more attacks and is now “discharging its responsibility of bringing the region back to constitutional order.”

The official said Ethiopian forces did not expect any such attack to come from regional authorities.

He said the people of Tigray have rallied behind the Ethiopian army and are helping in efforts to treat people injured on either side.

According to Berhanu, the Ethiopian defense forces will conduct operations focused on eliminating the extremist forces of the Tigray Peoples Liberation Front (TPLF).

The attack by TPLF forces came at a time when the Ethiopian army was helping in efforts to combat a desert locust infestation in the region.

Earlier on Thursday, Ethiopia’s lower house of parliament on Thursday approved a six-month state of emergency in Tigray.

The House of People’s Representatives unanimously voted in favor of the decree imposed in the region, which is ruled by the TPLF that dominated Ethiopian politics for nearly three decades.

Its influence, however, waned after Prime Minister Abiy Ahmed came to power in April 2018.

Tensions have escalated since September when Tigray held regional polls in defiance of the federal government.