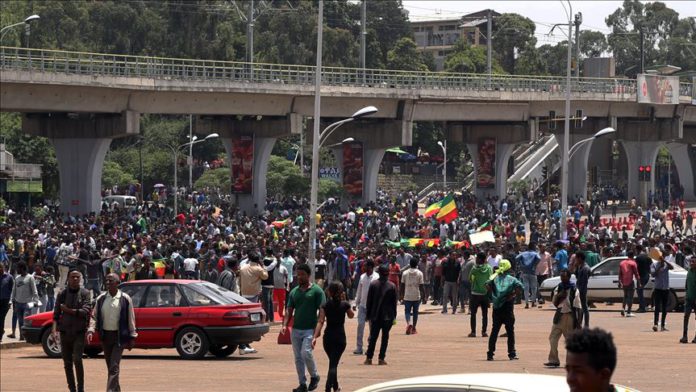 The Ethiopian Human Rights Commission on Thursday said it is “deeply alarmed by the loss of life amid protests in Oromia,” calling on authorities to prevent security forces from using excessive force.

The statement comes in the wake of unrest in various localities in Ethiopia’s most populous Oromia regional state.

People are demanding the release of Oromo politicians, including Jawas Mohammed, who are being held in connection with violence that erupted after the killing of singer Hatchalu Hundesa on June 29.

“Authorities should ensure that the right to peaceful protest can be exercised, and law enforcement measures against anything beyond that does not exceed proportion,” the press release quoted Aaron Maasho, senior adviser and spokesperson of the commission, as saying.

“Oromia is still reeling from the grim weight of tragic killings this year. These grave patterns of abuse should never be allowed to continue.”

Social media posts and news reports have given varying death tolls, the statement said, adding that they were gathering information from residents, witnesses, hospitals, and local administrations to corroborate the claims.

It called on authorities at both federal and regional level to launch an immediate inquiry.

Oil prices up over bullish sentiment on vaccines