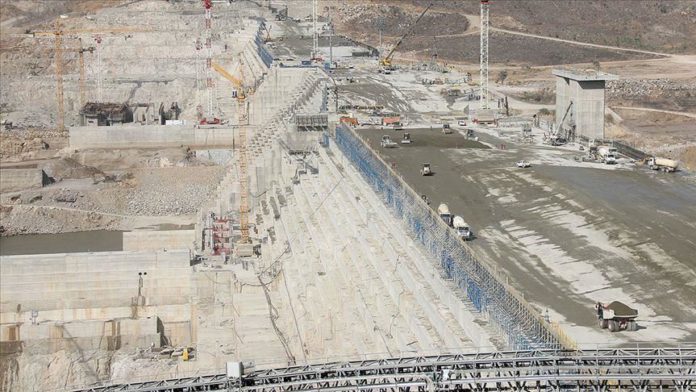 Ethiopia will complete the construction of the Nile dam, resolve the border dispute with Sudan, and mitigate the impacts of COVID-19 pandemic, Prime Minister Abiy Ahmed said on Monday.

Abiy’s remarks came during a question-and-answer session at the the parliament.

The Washington-sponsored talks among Ethiopia, Sudan and Egypt on the filling and operation of the $5-billion worth Grand Ethiopian Renaissance Dam (GERD), the largest in Africa, which is around 73% complete had collapsed after Ethiopia skipped the talks.

Egypt has been demanding that Ethiopia shall not start the filling of the dam without an agreement among the three countries.

Abiy, who came to power in 2018, defended his administration’s management of GERD saying that over nearly the past two years, a lot has been done to reset the delayed mega project.

“We have amicably resolved the dam’s electromechanical problems that delayed the civil construction, and other related works,” he noted, adding that the project evaluation and control had also been made dependable and standard.

He also said the entire construction was progressing as planned and reached the filling of the reservoir.

“For us, GERD is a matter of development and national identity that will not hurt Egypt and Sudan,” he said. “No one can stop us from completing the dam.”

The Nobel laureate Abiy said Ethiopia was determined to resolve the recent border clash between the Ethiopian and Sudanese forces in their northern common border.

“The Sudanese are our brothers and have legitimate questions that we agreed to resolve,” he said, adding that those who had been trying to flame the incident to war would not succeed.

“There is nothing that will take us to war as we maintain culturally and historically emboldened relations,” Abiy added.

With regards to controlling and mitigating the impacts of COVID-19, Abiy said the virus has reached the whole nation, with 2,020 infections and 27 deaths.

“Ever since the arrival of the virus, we have built 31 laboratories, 54 health centers, and a huge nationwide quarantine infrastructure,” he said.

The pandemic has negatively impacted tourism and remittance, but the other section of the economy was doing well throughout the fiscal year which begins in July.

“The Ethiopian economy is projected to show a 6% growth and we have implemented policies that mitigate the impacts of the pandemic,” he noted.