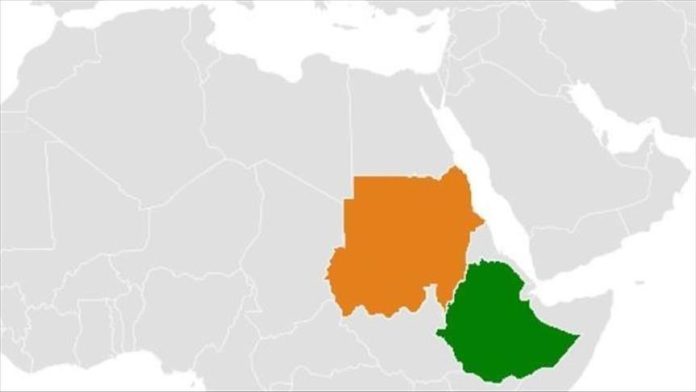 Sudan must abide by provisions of the latest treaty it signed with Ethiopia that prohibits either side to violate the status quo until a demarcation agreement is reached, Ethiopian Ambassador Ibrahim Idris Ibrahim told Anadolu Agency in an exclusive interview.

On Nov. 6, Sudanese forces crossed 40 kilometers (25 miles) deep into territories held and administered by Ethiopia on the Al Fashaga triangle – a fertile region bordering the two countries and a region that is hotly contested.

Sudan admitted to taking lands previously held by Ethiopia but claimed its forces only reclaimed what was part of Sudanese territory.

Between 2001 and 2008, the joint boundary commission and technical committees held eight meetings to try to hammer out a solution to the border demarcation problem.

The problem began with a 1902 treaty between Sudan and Britain while Sudan was still under British rule and subsequent effort to demarcate the border by British Major Charles Gwynn, according to Ibrahim.

The Exchange of Notes, according to Ibrahim, who is a top-notch legal expert and serves as the director general of Boundary and Transboundary Affairs with the Foreign Ministry, is a treaty — a binding legal document.

“The most important point of this Exchange of Note — it consisted of a number of relevant issues,” he said. “In the first place, Ethiopia did express its concerns, disagreement on work done by Major Gwynn.”

Ibrahim said the Exchange of Notes was made to rectify minor and major errors committed, particularly in demarcating the southern and northern extent of Mount Daglish.

The other important provisions in the Exchange of Notes, Ibrahim said, were “identification and recordings of de facto holdings, respect the status quo until the final agreement, to study the problem about holdings and find an amicable solution, and finally to establish a special committee to study the problem and come up with an accepted proposal that would be submitted to the two countries for the resolution of the problem”.

“Ethiopia is a victim of the Sudanese act,” Ibrahim said, referring to the latest developments across the border. He said Sudanese forces committed a major violation of the treaty and also international law by using force.

Recently, before the latest standoff, the Special Committee of the two countries conducted eight meetings. “According to the Exchange of Notes, the status quo to be respected until we amicably resolve the problem. So it is a major violation by Sudan,” said Ibrahim.

He said Ethiopia chose to pursue the diplomatic avenue to exhaust all peaceful avenues.

“Patience is not absolute,” he said, adding that if it came to a final resort, Ethiopia would make use of its right to self-defense.

“Ethiopia wants to see this problem peacefully resolved; the peaceful resolution of the problem is the most important avenue that Ethiopia would follow,” he said and urged Sudan to follow suit.

Earlier, Ethiopia said Sudan should pull its forces back from recently held territories and maintain the status quo as a precondition for the resumption of talks as leaders from several countries, including South Sudan, expressed willingness to mediate.

“The international borders with Ethiopia are known and indisputable, and we will not give up an inch of our country’s land,” the Sudanese army said Dec. 19.

COVID-19 cases in Russia surpass quarter of a million