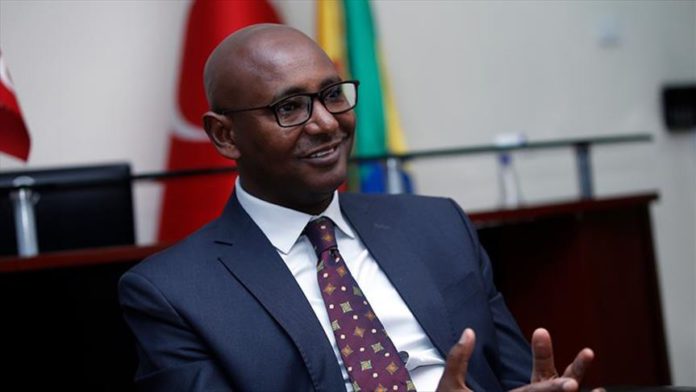 Speaking to Anadolu Agency, Ethiopian Broadcast Authority Director Getachew Dinku said the government was committed to facilitate the existence of a vibrant media, necessary for the functioning of a democratic society.

Getachew visited the Anadolu Agency office based in Addis Ababa. Praising the professionalism of Turkish global wire, he said the Agency was telling the world stories about Ethiopia professionally while keeping media ethics intact.

“As a licensing authority, we have been receiving complaints from different agencies filed against local and international media outlets for alleged misrepresentations, and inaccuracies. To date, no private or government agency has any complaints or criticism against Anadolu Agency,“ he said.

The official said that he finds many stories released by the Anadolu Agency of much better in quality. He said that the Ethiopian Broadcast Authority would like to establish a working relationship with Turkish media.

Referring to social unrest and insatiability in the country over the past two years due to instigation by politicians and activists, he said that media should take responsibility for their productions and desist spreading hate.

“Over the past couple of years, some media houses had been engaged in spreading hate. But were tolerated under the general tone and direction of the government with the idea that they are transition period challenges,” he said.

Since April 2018, when Abiy Ahmed came to power, he has embarked on a wide-ranging reform, including giving more space to media, which had been undermined for over a long time.

The efforts resulted in a media boom, with many news outlets starting operations. But soon it was realized that they were instruments of furthering the political agenda of certain groups.

“Now we have begun taking measures against those media houses allegedly instigating violence in the country,” said Getachew. But he hastily added that this will not mean to stifle free speech.

In July, hundreds were reportedly killed and the sizable property was destroyed by young people created a ruckus on the streets following the killing of Hatchalu Hundesa, Oromo activist singer, and songwriter.

Authorities arrested many political figures, including an activist-turned politician Jawar Mohammed and journalist-cum-politician Eskinder Nega among many others. The government also banned few media houses such as the Oromo Media Network and Dimtsi Woyanne for allegedly instigation hate.

Trump says US halting funding to WHO amid pandemic