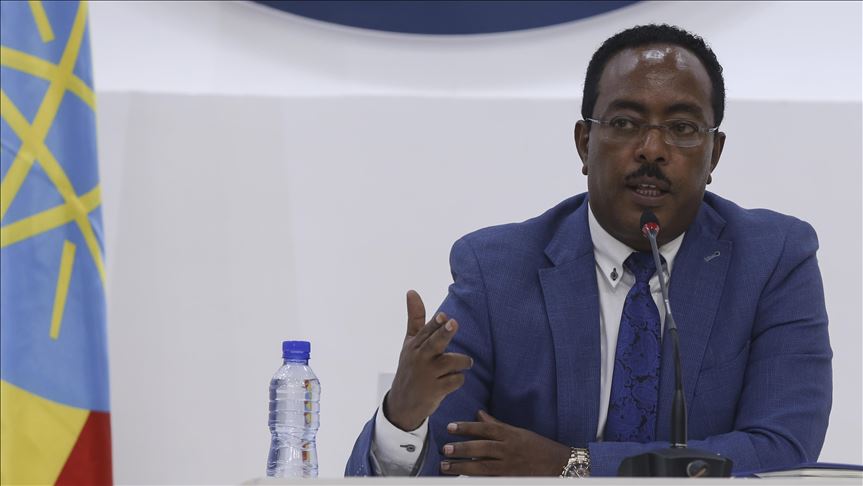 Ethiopia said Thursday that it would decide how to go about levelling charges against World Health Organization (WHO) Director-General Tedros Adhanom Ghebreyesus.

“We know about it,” said Redwan Hussein, State Minister for Foreign Affairs and spokesperson for the State of Emergency Task Force, during a press briefing he gave jointly with Dr. Mulu Nega, Chief Executive of the Tigray Interim Administration.

“It is not uncustomary for someone to be apprehensive of such conflicts. But what the Ethiopian government is not happy about is that Tedros never contacted the government to be briefed about how things unfolded.”

Asked whether the government is going to indict the WHO director general and/or issue an arrest warrant for him, Redwan said “the government has not made a decision on how to go about it.”

Reports earlier this week of Tedros serving as a “TPLF diplomat” have taken the world by storm.

Tedros has been “fully engaged in soliciting diplomatic and military support” for the Tigray People’s Liberation Front (TPLF) in many parts of the world, a top official told Anadolu Agency on Monday on condition of anonymity.

On Thursday, however, the WHO chief denied the accusations of the Ethiopian government.

“There have been reports suggesting I am taking sides in this situation [the armed conflict between Ethiopian Defense Forces and the forces of the TPLF]. This is not true, and I want to say that I am on only one side, and that is the side of peace,” he said on Twitter.

On Nov. 4, Ethiopia launched what it described as a “law enforcement operation” in its northern Tigray region against the TPLF, whose forces stormed the Northern Command of the Ethiopian Army stationed in Tigray, killing soldiers and looting military assets.

“I am deeply saddened about reports of casualties and large numbers of people being displaced and seeking refuge in neighboring countries,” Tedros wrote, calling for “immediate measures to de-escalate tensions and ensure a peaceful resolution to the dispute.”

Tedros, who has been serving in his position at the WHO since 2017, was a member of the TPLF’s powerful Executive Committee. He was also Ethiopia’s health minister from 2005 to 2012 and foreign affairs minister from 2012 to 2016.