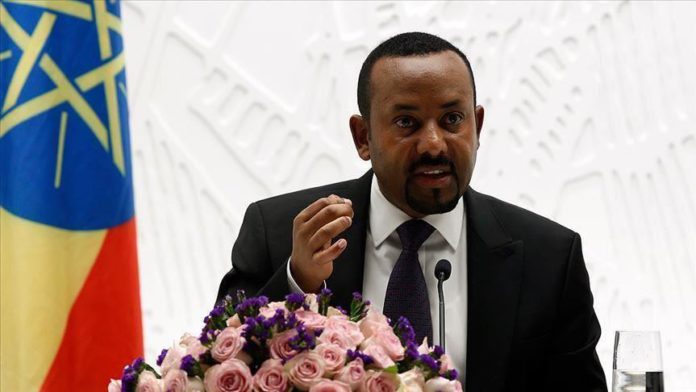 In a telephonic conversation, Abiy Ahmed appreciated Germany’s partnership and commitment towards enhancing Ethiopia’s capacity in mitigating the spread of the virus.

Germany is among the countries that provided testing kits and other supplies to Ethiopia, Office of the Prime Minister told Anadolu Agency.

The Horn of Africa country has so far confirmed 6,973 virus cases, including 120 deaths and 3,440 recoveries, according to the Africa Centres for Disease Control and Prevention.

Meanwhile, Merkel expressed her government’s support for a win-win solution in the ongoing Nile dam negotiations between Ethiopia, Sudan and Egypt.

Tensions escalated between Egypt and Ethiopia when the former complained to the UN Security Council on May 1 after Addis Ababa announced plan to begin first-phase filling of its $5 billion hydro dam on the Nile.

Ethiopia countered the complaint, saying it was not obliged to inform Egypt on the issue as it was provided in the 2015 trilateral Declaration of Principles. According to the declaration, negotiations on the dam will be done in parallel with its construction.

Ethiopia hopes to retain 4.9 billion cubic meters of water during this rainy season (July and August) as part of first-phase filling, and the volume would be enough to test two turbines in mid-2021.