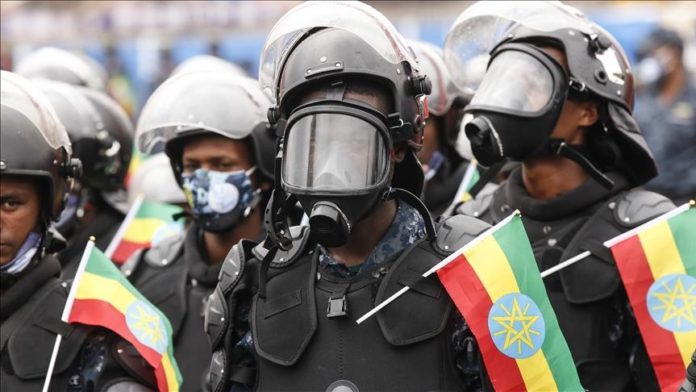 The Ethiopian government on Monday lashed out at the US for demanding the withdrawal of forces from the region of Amhara in the country’s northernmost Tigray region.

Force from the Amhara region were on the frontlines of law enforcement operations launched against the Tigray People’s Liberation Front (TPLF) last November after the group’s deadly attack on the Northern Command of the Ethiopian National Defense Forces.

On Saturday, US Secretary of State Antony J. Blinken issued a statement saying that Amhara and the neighboring country of Eritrea need to pull their troops out of the Tigray region.

The US remarks followed a report by Amnesty International that hundreds of civilians were shot dead in the town of Axum in Tigray — a report that alleged the involvement of Eritrean forces in the killings, which, if proved, could amount to crimes against humanity.

“[The] attempt by the US to make pronouncements on Ethiopia’s internal affairs and specifically the reference to the Amhara regional forces’ redeployment is regrettable,” the Ethiopian Foreign Ministry said in a statement.

“It should be clear that such matters are the sole responsibility of the Ethiopian government, which, as a sovereign nation, is responsible to deploy the necessary security structures and means available in ensuring the rule of law within all corners of its borders,” it said.

It added: “The Ethiopian government, like any government of a sovereign nation, has in place various organizing principles in its Federal and Regional structures which are solely accountable only to the Ethiopian people.”

The Horn of Africa country said it would investigate the alleged killings and other human rights abuses in Tigray.