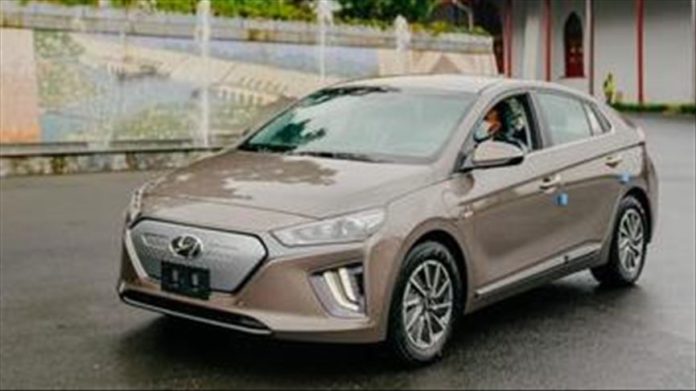 It is the “[…] first electric car fully assembled locally (in Ethiopia) by a Hyundai dealership, Marathon Motors,” office of the prime minister told Anadolu Agency.

“The decision to assemble electric cars in Ethiopia follows the request put forth by the prime minister to the Hyundai president,” it said.

The company’s plant, according to a local media report, has the capacity to assemble 10,000 cars per year.

Fully battery operated and with no emissions, the electric car does not require charging at terminals, and can rather be charged anywhere.

Ethiopia’s premier Abiy Ahmed, one of the the youngest leaders in Africa, got the vehicle delivered to him upon request.

He said that such investments supported the country’s climate resilience and greening ambitions. “No emission cars can help reduce pollution,” he tweeted.

Abiy, 44, came into power in 2018. He won the 2019 Nobel Peace Prize for making peace with Eritrea, and prioritizing regional peace and cooperation in East Africa and beyond.

As we transform #Ethiopia’s greening & climate resilient aspirations into concrete actions through the #GreenLegacy initiative and Sheger & Entoto Parks, this morning I received the first electric car fully assembled in Ethiopia. No emission cars can help reduce pollution. pic.twitter.com/dIu3s88Q0h