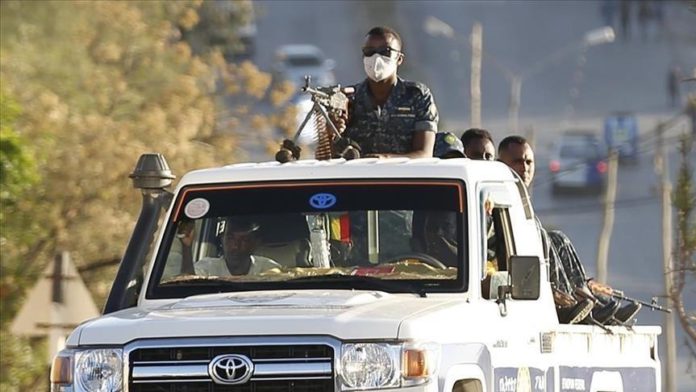 The Ethiopian government on Friday said a bridge that was crucial to delivering food aid to much of the country’s embattled Tigray region was destroyed by the Tigray People’s Liberation Front (TPLF).

“Rejecting the humanitarian ceasefire enacted in support of farmers to seize the planting season, the terrorist group TPLF have destroyed the Tekeze Bridge intentionally to limit assistance route into the region,” said a statement posted on the Facebook page of the Ethiopian State of Emergency Fact Check.

The bridge was destroyed after the Ethiopian government announced a unilateral humanitarian cease-fire earlier this week.

The International Rescue Committee, an aid group, was the first to report the demolition of the bridge saying it would “further hamper” aid into the restive region of Tigray where humanitarian agencies estimate that 900,000 people are facing famine.

Earlier this week, Getachew Reda, spokesman for the TPLF, called the government’s unilateral cease-fire a “joke” and said they defeated the Ethiopian army and forced them out of the region’s capital Mekele, a claim the Ethiopian government denies.

In a statement on Thursday, Medicines Sans Frontiers (MSF) said that after the withdrawal of Ethiopian forces, health care institutions in the regional Mekele were looted.

In November last year, TPLF forces attacked the Northern Command of the Ethiopian Defense forces stationed across Tigray including in the capital Mekele. The next day, the Ethiopian government declared a “sweeping law enforcement operation” in the region.

After eight months of operation, the Ethiopian government declared a unilateral cease-fire for July and August, the main harvesting season.

In the conflict, more than one million people got internally displaced while tens of thousands of others fled to neighboring Sudan.

The TPLF was part of a coalition, called the Ethiopian People’s Revolutionary Democratic Front (EPRDF), that ruled Ethiopia for 27 years until 2018.

9 police officers fatally shoot man on highway in US