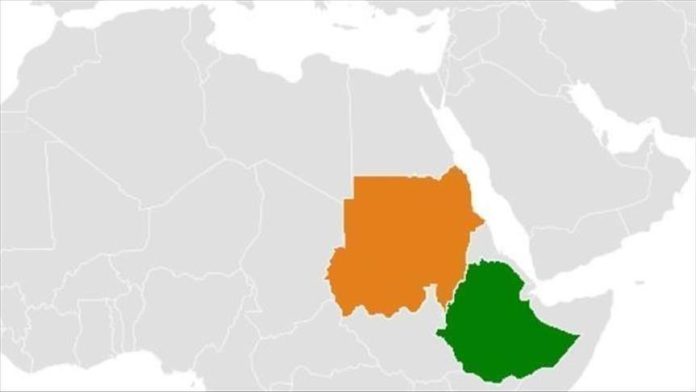 Ethiopia on Wednesday said it would shift its focus to building up its defense along the western border, where the country has been constructing a $5billion massive hydro dam near the border with Sudan.

“We are shifting our focus in terms of defense from the Tigray region and working on the redeployment of forces to our western border, where a national threat is brewing,” Foreign Minister Redwan Hussein said at a joint news briefing with Lt. Gen. Bacha Debele, a top military official.

“It is a political decision, not a military one,” said Redwan about Ethiopia’s unilateral declaration of a truce in the restive northernmost region of Tigray, trashing claims that Ethiopia was forced into the cease-fire.

Just after the declaration of the unilateral cease-fire, the forces of the TPLF claimed to have recaptured the regional capital Mekele, showing footages of fighters marching.

The TPLF in Mekele are killing people, who they allege, were supporting the government forces.

The decision of the government, Redwan said, came after a thorough assessment and weighing the costs of humanitarian and reconstruction expenses, immense, though unfair, pressures by the international organizations and NGOs, and the threat building up on the country’s western border.

“The recent joint military drills near Ethiopia’s border, among other things, is indicative of the need to get prepared for any eventualities along the western border,” Redwan said, adding the country’s $5 billion hydro dams on the Nile near the Sudan border was the reason for the joint military drills by Sudan and Egypt.

“We have spent 100 billion Birr ($2.3 billion) in Tigray without adding the military costs,” he said.

Ethiopia is set to implement second-year filling of the 70 billion cubic meters capacity reservoir during the current rainy season (June, July, August) and to test two turbines after impounding 18.5 billion cubic meters of water. Egypt and Sudan have been opposing Ethiopia’s plan.

Egypt and Sudan say they fear the dam would reduce the flow of water downstream and affect their “historical water rights” under a water-sharing treaty the two countries signed in 1959 that gave Egypt 55.5 billion cubic meters (bcm) water and Sudan 18.5 bcm.

The TPLF in Mekele are killing people, who they allege, were supporting the government forces, according to Bacha, who led one of the fronts during the 15-day operation to take control of the Tigray region after TPLF’s attack against the Ethiopian military command last November.

However, he added, “TPLF is no longer a national threat.”

“We can turn again to Mekele and capture it in a day if we want,” he said, refuting claims his forces were forced out of Mekele by the TPLF.

Many believe that the TPLF, now declared a terrorist organization by the Ethiopian Parliament, has now a chance to regroup. But, Gen. Bacha said: “They have no weapons.”