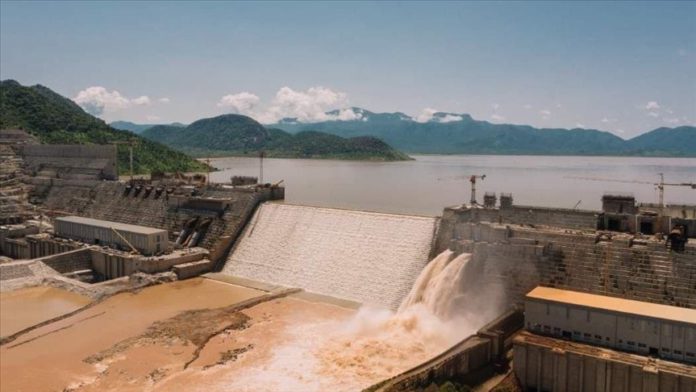 Ethiopia has completed filling the reservoir of its giant dam on the Blue Nile river for a second year, the country’s water minister said on Monday.

“The second-year filling (of the Grand Ethiopian Renaissance Dam) enabled us to impound sufficient amounts of water that can set two turbines operational,” Seleshi Bekele said from the spot in a message televised live.

“I congratulate Ethiopians for this achievement,” he said.

Egypt has been opposed to the construction of GERD saying it would significantly reduce its “traditional share” of the Nile waters while Sudan has been expressing concerns related to the safety of its own dams downstream.

Ethiopia, for its part, says that no significant harm would befall the downstream countries and it “direly needs” electricity for national development.

Earlier this month, a proposal submitted to the UN Security Council by Tunisia on behalf of Egypt and Sudan was referred back to the ongoing, though at present halted, mediation of the African Union.

On July 6, Egypt and Sudan called Ethiopia’s announcement of the new stage of work on its Nile dam a “serious escalation” that shows its “bad intentions and desire to impose a fait accompli” on the two downstream countries.

“The second filling of the dam constitutes a violation of international laws and norms governing the exploitation of the resources of transboundary rivers,” the Egyptian Foreign Ministry said in a statement.

Egypt and Sudan say they fear the dam would reduce the flow of water downstream and affect their “historical water rights” under a water-sharing treaty the two countries signed in 1959 that gave Egypt 55.5 billion cubic meters (bcm) water and Sudan 18.5 bcm.

$7.7B pledged at Syria donor conference