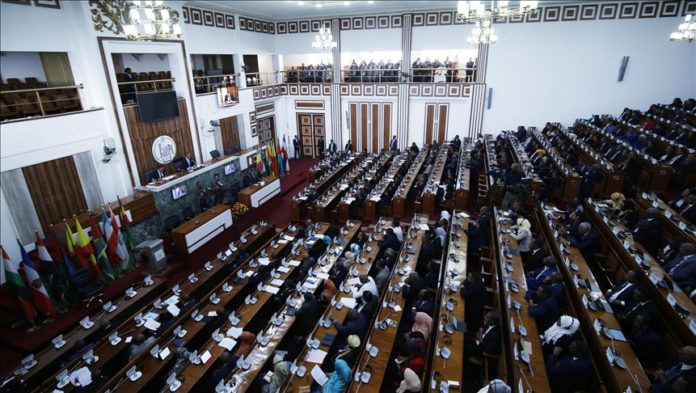 A branch of Ethiopia’s ruling party on Monday suspended three high-profile officials from its central committee for alleged graft, failing to keep party secrets and absenteeism.

Defense Minister Lemma Megersa, Milkessa Midega and Teyba Hassen, the vice president of the Oromia Regional State, were suspended from their posts in the ethnic Oromia branch of the ruling Prosperity Party (PP), pending a final decision by the party’s executive committee.

Lemma was one of the leading figures who, together with the Prime Minister Abiy Ahmed, spearheaded an internal reform program of the now defunct four-party coalition known as the Ethiopian Peoples’ Revolutionary Democratic Front that ruled the country for 27 years before April 2018.

Recently, however, there had been growing rumors that he was sidelined from federal activities, a suspicion reinforced by his absence in a recent security meeting presided over by Abiy following protests that erupted after the killing of famous Oromo singer and songwriter Hatchalu Hundessa.

Lemma was suspended for acting outside party decisions and for his absenteeism, local broadcaster FANA quoted Fekadu Tessema, the PP Oromia Office head, as saying later on Sunday.

The party’s Oromia branch also concluded its appraisal meeting on Sunday and decided that Teyba Hassen would also be suspended from her central committee membership.

Teyba has also served as mayor of the southeastern Oromia city of Shashemene — one of the places that faced the brunt of the recent unrest. Milkessa Midega was also suspended from the committee membership.

The killing of Hatchalu Hundessa triggered a short-lived uprising staged by mostly young people in Oromia, Ethiopia’s most populous region, in which scores were killed and significant property damage incurred.