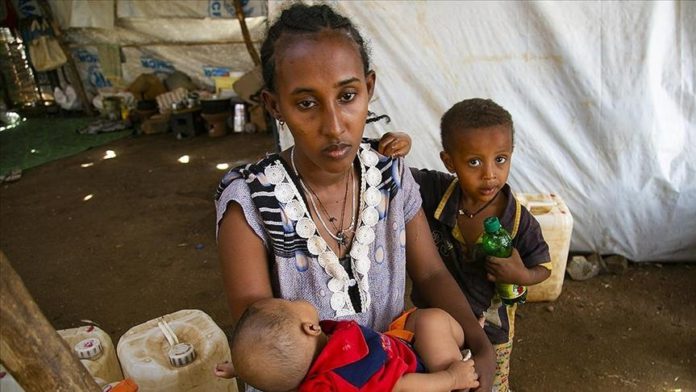 Sounding the alarm over the precarious situation in Ethiopia’s restive Tigray region, the Norwegian Refugee Council (NRC) Thursday said tens of thousands of people have been displaced over the last few weeks.

“Severely hungry children and pregnant women are among 37,000 displaced people that have arrived into Shiraro [town], northwestern Tigray, over the last few weeks,” the NRC said in a statement.

It added: “They are among thousands of people in urgent need of aid and medical attention across the conflict-stricken region.”

“The situation in Shiraro is beyond dire,” it quoted Jan Egeland, NRC secretary general, as saying.

“Despite families arriving every day, no aid has been delivered for weeks. Food, water and medicine are running out fast. People could die unless they get humanitarian aid now,” he said.

On Nov. 4, the Ethiopian government launched a massive law enforcement operation in Tigray after the Tigray People’s Liberation Front attacked the northern command of the Ethiopian defense forces stationed there. The group’s forces killed many soldiers and looted military hardware.

On Nov. 28, Ethiopian Prime Minister Abiy Ahmed declared the military confrontations over, but sporadic clashes are being reported to this day.

About 700,000 people have been internally displaced in Tigray while more than 60,000 fled fighting to neighboring Sudan.

According to the Ethiopian government, 4.2 million people in Tigray received humanitarian assistance, of which the government contributed 70%, while the balance came from international aid groups.