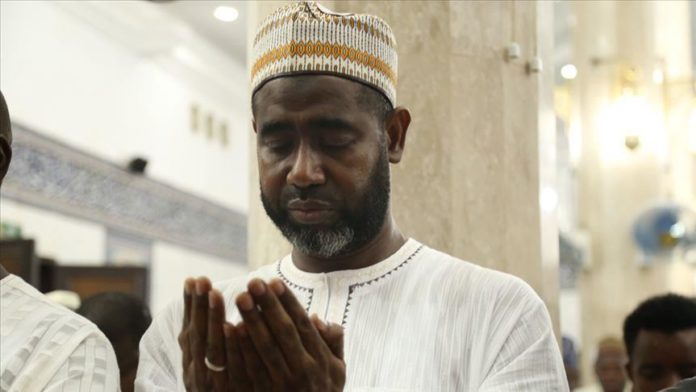 Although Ethiopian Muslims on Sunday missed holding mass Eid al-Fitr prayers due to the coronavirus pandemic, they celebrated the end of the holy month of Ramadan with festive spirit.

In the capital Addis Ababa, shops and supermarkets were open on the eve of Eid. While some virus restrictions were in place, the city did not go for a lockdown, with the mayor saying it could have “serious economic consequences.”

Hajji Mufti Mohammed Idris, the much revered and loved president of the Islamic Affairs Supreme Council, called on Muslims to maintain the spirit of charity during Eid as they did during the month of fasting.

Although the celebrations were marred because of the virus, the festival brought a blessing for the Muslim community: first-ever Islamic Research Center and the biggest mosque yet in the capital.

“We will build both to the service of the Muslim community,” said the mufti (expert on Islamic law) after taking over the site from city’s deputy mayor Takele Uma. The site is prime and spacious, next to the high-rise headquarters of the Commission of the African Union.

“Addis Ababa is the capital not only for Ethiopia but the entire Africa… it is long overdue but deserving one,” he told Anadolu Agency. “Given Ethiopia’s Islamic history, having the largest Muslim population in East Africa, and its capital with one of the largest diplomatic community in the world, it needed to have such a center long ago.”

“Better late than never,” he said, adding: “It is never too late for such undertakings… I really hope that all stakeholders will make sure the project becomes a reality in the shortest time possible.”

Commenting on Ramadan and Eid during the virus outbreak, he said the essence of the holy month such as large congregation prayers and gatherings of families, friends and relatives for prayers and iftar (meal after sunset) were missed.

“It was a blessing in disguise… I hope we had enough time to contemplate on how we took everything for granted, and how we abused nature,” Redi said.