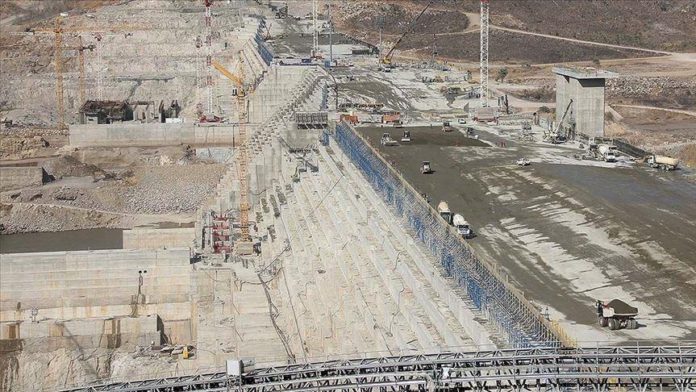 After a month-long hiatus, trilateral negotiations between Ethiopia, Sudan and Egypt resumed Sunday on the filling and operations of the Grand Ethiopian Renaissance Dam (GERD) on the Nile River.

South Africa’s minister for international relations and cooperation had called the meeting to discuss issues relating to the dam. South Africa is the current chair of the Bureau of the African Union.

The three countries have been in talks under the mediation of the African Union since June last year after the Washington rounds of negotiation aided by the US and the World Bank broke down.

The latest round of talks brought together foreign affairs and water ministers of the three countries as well as experts assigned by the pan-African body, Ethiopian Minister of Water, Irrigation and Energy Engineer Seleshi Bekele said in a tweet.

“The GERD construction is now 78% complete,” he said, adding the talks focused on the rules and guidelines of the first filling and annual operation of the dam.

Egypt has been opposing the GERD since construction began in 2011, saying the hydro scheme would reduce the flow of water downstream. Ethiopia maintains the dam would be vital to addressing the country’s acute shortage of electricity for domestic and industrial use.

Ethiopia further plans to export electricity from the more than 6000 Mega Watts to be generated. It will begin testing two turbines around mid this year.

The latest talks came amid border tensions between Ethiopia and Sudan after Sudanese military crossed into Ethiopian territories over the past two weeks.

Sudan claimed that it only reclaimed the territories it now occupies by the use of a military force, while Ethiopia urged that Sudan pulls out its forces from the contested border lands.