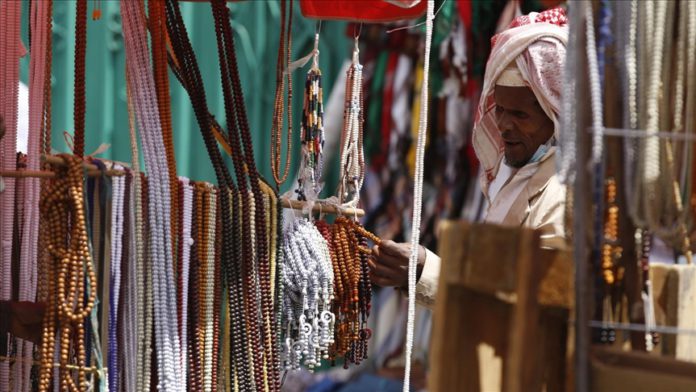 Ethiopian Muslims on Tuesday welcomed the Muslim holy month of Ramadan, which will be marked by offering special prayers to seek an end to pandemic, violence, and economic hardships.

With around 28.7 million Muslims, they constitute 34% of the country’s population, making the country home to Sub-Saharan Africa’s second-largest Muslim population after Nigeria.

Ethiopia holds a special place in Islamic history, as its seventh-century ruler Amra Najashi gave shelter to the early Muslims who had fled persecution from Makkah in current Saudi Arabia. This gesture allowed the Muslims to practice their religion freely and peacefully in what was then called The Kingdom of Axum.

The country also hosts the Al-Nejashi Mosque, the first Muslim house of worship in the Horn of Africa at Wuqro in the restive northern Tigray province. Local Muslims believe that 15 disciples of Prophet Muhammad are buried in the premises of this mosque.

Speaking to Anadolu Agency Mohammed Ali, 72, a businessman said he is looking this year’s Ramadan to turn out a unique moment of peace for Ethiopian Muslims, who have been affected by conflicts like their other countrymen.

“Elders in my neighborhood are organizing special prayers to focus on peace, unity, and understanding in our country. We are sure Allah will return our prayers and we will see peace in Ethiopia once again,’’ he said.

Even as the war between federal forces and rebels has ended, sporadic fighting continues in the Tigray region and ethnic-based attacks in West Wollega in Oromia province and Metekel in Benishangul Gumuz province as well as in some pockets in the Amhara region.

“We often hear news of killings and displacements. Ethiopia is in a middle of a serious challenge. But during Ramadan, we will get hope, and strength to be above our problems,’’ said 38-year old Zuifa Shafi.

During Ramadan, people break their fast by taking dates and specially cooked meat soups. Special samosas taken with sips of tea are usual treats during the fasting month in the evenings.

Zuifa said that the COVID-19 pandemic has taken much festivity as media reports suggest that it is surging again with people getting admitted to the intensive care units of various hospitals.

The Health Ministry has urged people to take precautionary measures during the holy month and continue washing hands and maintain social distance and wearing masks to avoid pandemic.