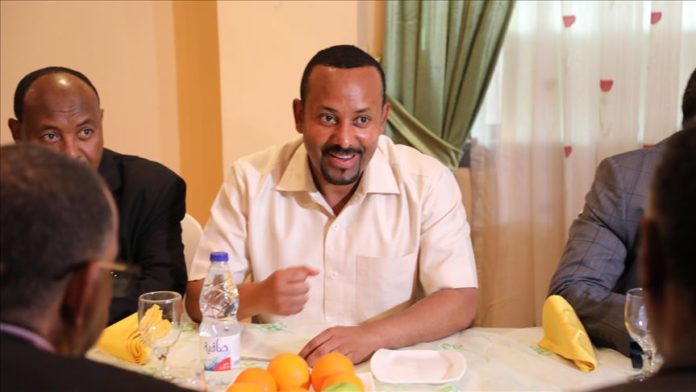 Despite daunting challenges, the multi-faceted Ethiopian reform is destined to succeed in building a unified, a multi-cultural democratic society that would boost the country’s global reputation, a top official said.

Nigusu Tilahun, the press secretary for the Office of the Ethiopian Prime Minister, who visited Anadolu Agency’s office in the capital Addis Ababa for an exclusive interview, shed light on wide-ranging current issues facing the Horn of Africa nation of nearly 110 million.

Nigusu said one of the most daunting challenges of political, economic and social reforms of the last three years was the transformation of the authoritarian and exclusionist Ethiopian government that ruled the country for nearly three decades.

As a part of the political reform, the EPRDF was dissolved and a new ruling coalition, the Prosperity Party (PP) composed of eight regional parties, was formed in 2019. The Tigray People’s Liberation Front (TPLF), which was the dominant element of the dissolved EPRDF coalition, had refused to join the PP, positioning itself as an opponent of the Abiy administration.

“The TPLF-dominated government had morphed into an all-powerful corrupt authoritarian state that committed wide-ranging crimes,” Nigusu said, adding that unlawful detention and torture of members of opposition parties and journalists, as well as the suppression of freedom of expression, were widely in practice.

According to Nigusu, the bold reform had introduced the institutions of free and fair elections, an independent judiciary, human rights protection and press freedom.

“Moreover, we have freed thousands of political prisoners and allowed a lot of armed opposition parties to return home, marking the beginning of political pluralism,” Nigusu noted.

He added that the widely hailed political reforms and respect for human rights had also changed Ethiopia’s global image after having previously been labeled the “worst abuser of rights and jailer of journalists.”

However, earlier in May, Amnesty International accused Ethiopian security forces of committing serious human rights violations in the regional states of Oromia and Amhara between January 2018 and December 2019.

The allegations include arbitrary evictions and killings in the Oromia region where security forces had been battling the Oromo Liberation Army (OLA) that was allowed to return home and resumed its armed struggle against the reformist administration.

The Ethiopian government accuses OLA of killing officials and creating instability in Oromia by colluding with opponents of reform.

However, earlier last month, the country’s Attorney General dismissed Amnesty’s allegations as “fundamentally flawed,” but admitted that some of the accusations were found to be “partially true and most of the cases have been under investigation.”

According to Nigusu, the ongoing transformation of the deeply entrenched undemocratic behavior of the state was a painstaking process. “The rule of law and accountability will be enforced.”

There has been a consensus across the political spectrum that lack of “politics of consent and the lingering culture of violent capture of state power poses a threat to the formation pluralistic political system.”

Abdulkadir Adem, a Turkish-educated economist and the chairman of the newly founded Freedom and Equality Party that stands for “pluralism and inclusion,” told Anadolu Agency that the Ethiopian political landscape was characterized by “divisions, hatred, and demonization.”

“The situation had created mistrust amongst the political parties making politics of consent virtually impossible,” Adem said. “The ruling and opposition parties had failed to put the public interest over and above party politics.”

Despite the promising peaceful competitive politics, the culture of seizing power through armed insurrection remains an existential threat to peace and democratization, Nigusu noted.

The government has accused simmering ethnic nationalism resulting in recurring ethnic and religious-based violence, sabotage by some elements of the TPLF leadership and foreign adversaries of relentlessly trying to abort the reform effort.

“Ethnic federalism had been instituted to promote ethnic identities at the expense of our collective Ethiopian identity,” Nigusu noted, adding: “This was the main cause of ethnic-based attacks and expulsions.”

According to him, the reform had been trying to advance the two identities as a foundation of a vibrant multi-cultural society.

Nigusu said: “Despite the challenges, the reform will succeed and we don’t return to authoritarianism.”

“The time requires both governments to advance relations to a higher level to benefit the people of the two nations,” he added. “To this end, we’re holding continuous deliberations.”

“We’re sure Ethiopia and Turkey will forge all-rounded and trustworthy bonds.”