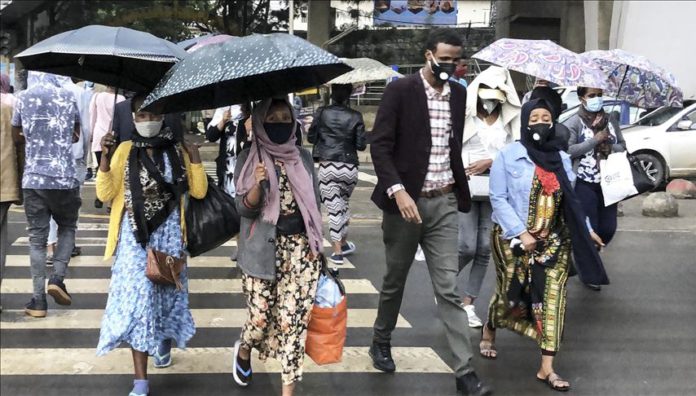 Ethiopia on Sunday began a massive campaign against the novel coronavirus across the nation of more than 110 million people.

The launch of the COVID-19 Prevention and Testing Campaign was announced late on Saturday by Prime Minister Abiy Ahmed.

According to the campaign program, the country will test 200,000 people for the virus in the coming two weeks.

“The country is better prepared with 45,000-capacity quarantine facilities, while local production of hand sanitizers made it possible to save what could have been an expense in foreign currency,” Abiy said, speaking during the televised launch of the one-month campaign.

Depending on the campaign’s results, authorities will decide on whether to resume in-person schooling.

Since April, Ethiopia has been in a state of emergency due to the pandemic but has refrained from locking down, in a bid to preserve the country’s economy.

At the launching event, Health Minister Lia Tadesse said the nation managed to prevent 85% of possible cases and 95% of deaths in comparison to the 1.5 million people originally expected to contract the virus by mid-July.