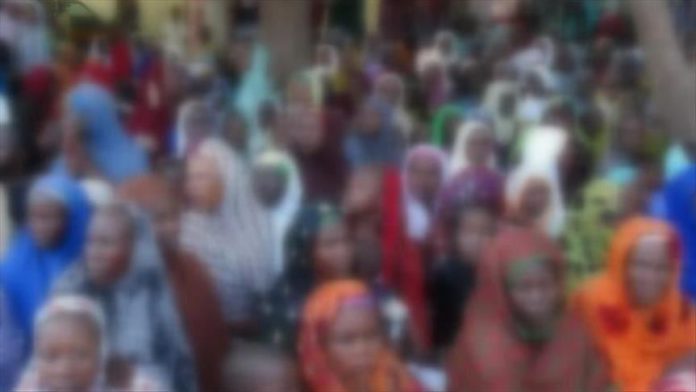 Even as the religious co-existence has been facing threats in Ethiopia, a non-government body representing all faiths is working overtime to promote pluralism and tolerance.

Over past many years attacks on houses of worship have taken an increasingly ethnic-nationalist form in the landlocked country situated in the Horn of Africa.

The religious violence has raised fears of politically-instigated extremism pitting the largely Christian population and Muslim populations against each other.

Speaking to Anadolu Agency, Mesud Adem, the communication director of the Interreligious Council of Ethiopia (ICE), said the religious equity was facing a serious challenge in the country.

Established in 2004, the ICE is working to promote interfaith relations.

According to the ICE, the simmering violent ethnic nationalism and political forces who want to assume power had been manipulating fringe elements of the followers of both religions.

‘’It is the politicized and organized ethnic nationalism that had been pitting against each other,’’ Adem said.

According to the last national census Christians formed 62.8% while Muslims 33.9% of the total 110 million population.

Ethiopian Muslims who are predominantly Sunni with a strong Sufi tradition live in every corner of the country.

They constitute majority in Afar, Somali, and Harar regions, and in three zonal administrations of Oromia regional state. Christians of all denominations enjoy a majority in the rest of Ethiopia.

‘’In regions where, Orthodox Christians are the majority, Muslims often find it difficult to build mosques and find burial plots, among others,’’ Adem claimed.

In the same manner, where Muslims are the majority, Orthodox Christians face troubles, he added.

“Southern Ethiopia is predominantly protestant and both Orthodox Christians and Muslims complain of a lack of equitable service,’’ Adem said.

He said that the ICE had been trying to solve these problems caused by local officials who often fail to implement the constitutionally granted secularism and justice.

Mohammed Ali, an Islamic scholar and a lecturer at Addis Ababa University said the Ethiopian Muslims had been subjected to religious oppression by successive regimes, but now the situation has turned better.

‘’We strongly believe that the times of marginalization, subjugation, and stereotyping are behind us. Even though a lot has to be done, we are now exercising freedom worship and preaching of our religion,” he said.

Ethiopian Christians and Muslims had built and preserved a culture of tolerance and peaceful co-existence of about 1,400 years. Many factors had led to peaceful coexistence between the two faiths.

‘’Islam arrived and expanded in Ethiopia peacefully. This is a precious tradition and identity of Ethiopian Muslims, “said Adem.

According to Ali the mutual respect and peaceful relations between the two faiths could have not been possible without the accommodative behavior of the Ethiopian Orthodox Church and its followers.

Moreover, cultural interactions, mutual support, and intermarriage between the followers of the two religions had also laid the foundation of cordial relations.

Ethiopian Muslims who significantly contributed to peaceful interfaith relations are determined to preserve it, Ali added.

To preserve the peaceful co-existence IEC had enacted shared values of trust and transparency between Muslims and Christians.

We all agreed to refrain from promoting radicalism that we defined as a violent attempt to forcibly impose a religion on others, Adem said.

‘’The education that had reached 23 million people in 2010 had helped followers of both religions to further understand each other, and maintain peaceful relations,’’ he said.

“For instance, Baraka Umm Ayman, Prophet Muhammad’s nurse who raised him after the death of his mother was Ethiopian,’’ he said.

More so, it was Ethiopian king Negus or al-Najashi, who gave refuge to companions and relatives of Prophet, who had migrated to his land in 613 to avoid the persecution of the ruling Quraysh tribe of Mecca.

‘’We are proud of our special connection to Islam and the contribution, our country made for to the Prophet Muhammad and his companions’’ said Ali.

The Nejashi Mosque built by the companions of Prophet in the Tigray region 800 kilometers (497 miles) from Addis Ababa had been renovated by the Turkish Cooperation and Coordination Agency (TIKA).

Russia ready to begin new strategic dialogue with US