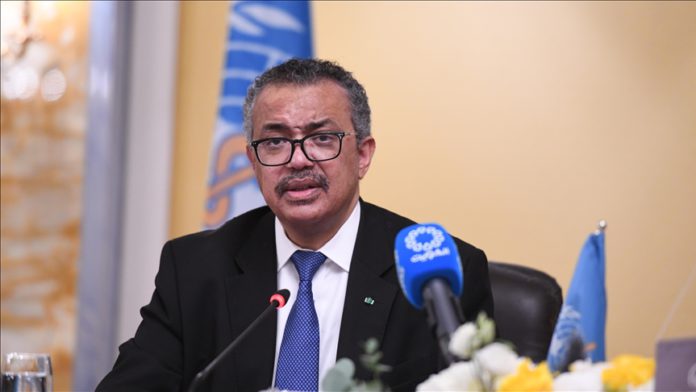 Ethiopia announced Friday that it withdrew support for a national, Director-General of the World Health Organization (WHO) Tedros Adhanom Ghebreyesus, after his remarks accused the government of blocking humanitarian aid to the Tigray region.

In a letter to the WHO’s Executive Board, the government stated its objection to Tedros’ “moral, legal and professional standing,” and claimed it “threatened” WHO’s organizational integrity.

It urged the WHO to commission an investigation on Tedros to identify his “misconduct and violation of his professional and legal responsibility.”

The letter also said the WHO chief of “interfering in the internal affairs” of Ethiopia, including relations of the East African country with Eritrea.

The TPLF said the accusations “makes no sense.”

Tedros urged that “humanitarian access should be allowed at all times even during conflict.”

Tedros, who served as Ethiopia’s foreign minister when the TPLF dominated Ethiopian politics, became the first African WHO director in 2017 with the full support of many countries as a result of Ethiopia’s efforts.

The Executive Committee will meet at the end of January and determine new director-general candidates for election in May.

Tigray on brink of humanitarian disaster as aid grinds to halt

A statement by the World Food Programme (WFP) warned Friday that its operations, like other aid organizations operating in Northern Tigray, are about to grind to a halt because intense fighting has blocked the passage of fuel and food.

“We’re now having to choose who goes hungry to prevent another from starving,” Michael Dunford, WFP’s regional director for Eastern Africa, said in a statement. “We need immediate guarantees from all parties to the conflict for safe and secure humanitarian corridors, via all routes, across northern Ethiopia. Humanitarian supplies are simply not flowing at the pace and scale needed. The lack of both food and fuel means we’ve only been able to reach 20% of those we should have in this latest distribution in Tigray. We’re on the edge of a humanitarian disaster.”

The aid agency noted that the war that has lasted for more than a year has left 9.4 million people in urgent need of humanitarian food assistance, an increase of 2.7 million from four months ago.

Away from the war, WFP also warned that it will likely run out of food and nutrition supplies for millions of Ethiopians from next month because of an unprecedented lack of funding.

*Peter Kenny contributed to this story from Geneva