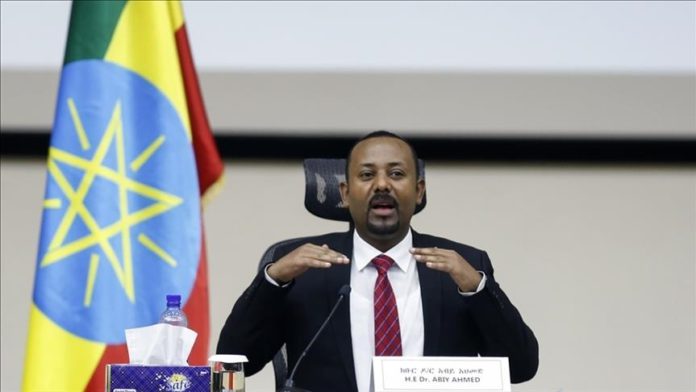 The Ethiopian prime minister on Thursday said forces had been deployed to the western Benishangul-Gumuz region following an assault by a rebel group killing more than 100 civilians.

‘’In order to solve the root cause of the problem a necessary and coordinated force has been deployed,’’ Abiy Ahmed tweeted. “I call on the public to support the all-rounded actions of the government.’’

The attack occurred in the village of Bekoji in Bulen county in the Metekel zone, an area inhabited by multiple ethnic groups.

The Ethiopian Human Rights Commission said the region’s fragile security needs to improve. ‘’The region’s security force and structure must be improved to fully protect the wellbeing of the public,’’ the statement said, calling for the perpetrators to be brought to justice.

The attack came a day after Abiy, who came into power in 2018, the military chief of staff and other senior federal officials visited the region to urge calm.

The western region that borders Sudan, where Ethiopia’s $5 billion Grand Ethiopian Renaissance Dam on the Blue Nile is located, has seen several ethnically motivated massacres in which hundreds of ethnic Amharas were killed.

Meanwhile, the Ethiopian army claimed to kill 42 rebels involved in the massacre, according to the state-run Ethiopian News Agency.

Separately, security forces have been fighting rebels in the northern Tigray region for more than six weeks.

Boeing slapped with $2.5B penalty in 737 Max settlement