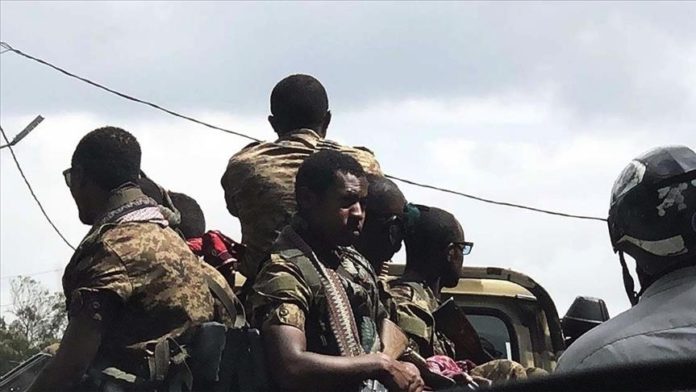 Ethiopia on Thursday “strongly denied” reports that it targeted civilians in an airstrike on a busy market in the restive Tigray region.

He said the combatants attacked the Ethiopian National Defense Force posts in Togoga town and were dressed in civilian clothes.

“There were no civilian causalities in the airstrike,” Adane said. “It was a precision strike and we strongly deny media reports that allege that civilians were targeted.”

He added that there was no market set up by the time of the attack and the wounded combatants were taken to treatment centers.

The TPLF planned the incident to garner local and international support, he asserted.

News outlets had reported on Wednesday that at least 45 civilians were killed in Togoga, 25 kilometers (15.5 miles) west of Mekelle, the Tigray regional capital.

The Tigray region has been under the international spotlight since Nov. 4, when Ethiopia launched a law enforcement operation against the TPLF after the group had attacked troops stationed in the northernmost region of Tigray.

On Nov. 28, Ethiopian Prime Minister Abiy Ahmed ended the military operation. The TPLF lost control of the region but still mounts low-level insurgency in some parts of it. About 1 million people were displaced in the conflict now approaching eight months, while tens of thousands of others fled to neighboring Sudan.

‘Were they raining honey and water in Afghanistan?’

The airstrike reports drew criticisms from the US Department of State and the EU, both asking explanations from the Ethiopian government.

However, Dina Mufti, spokesman for the Ethiopia Foreign Ministry, told reporters that Ethiopia “never targeted civilians,” but the TPLF has been adept in using human shields.

“Why at this time,” he said, alluding to the wide international denunciation targeting the Ethiopian government. “They didn’t care to mention the election just held in Ethiopia but used the airstrike news to divert attention.”

He said there is not any fresh war in Tigray but a pursuit to bring the TPLF “junta” to the court of justice.

The airstrike, he said, was meant “…to flush them out.”

US intensifies airstrikes in Afghanistan to aid government forces

Afghan parliament calls for probe into fall of districts to Taliban