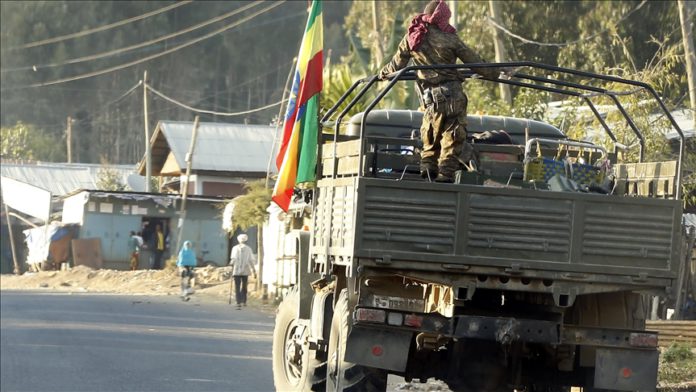 Ethiopia denied Thursday that it obstructed aid deliveries to the restive Tigray region and accused the World Health Organization (WHO) and other organizations of ignoring the plight of war victims in the north.

The Government Communication Service (GCS) said in a statement that the Tigray People’s Liberation Front (TPLF), which has been fighting the federal army for more than a year, had engaged in serious acts that hampered food and non-food aid deliveries to the region.

The statement was in reaction to WHO Director-General Tedros Adhanom Ghebreyesus’ remarks where he said the government is blocking aid to the rebellious Tigray region.

“Evidence reveals that the group is using the 1,010 trucks that traveled into the region to deliver humanitarian aid as military logistics in its current attack of neighboring Amhara and Afar, rather than returning them,” said GCS.

The government also accused the TPLF of being responsible for attacking and blocking aid delivery routes via the Afar regional state since December.

“To make matters worse, the group invaded the Abala line, which is a gateway to the Tigray area for humanitarian assistance, and began fire with heavy artillery, restricting aid shipments since December 15, 2021,” it noted.

The government was “regularly discussing with stakeholders” and readying aid delivery by using 118 World Food Program trucks, it added.

Tedros, who is from Tigray and a former member of the executive committee of the TPLF, accused the government Wednesday of blocking aid to the rebellious Tigray region

“Nowhere in the world are we witnessing hell in Tigray. The international community has to do everything,” he said. “The basics is to have unfettered access whether it is food or medicine. Humanitarian access should be allowed at any time even during conflict.”

He said despite repeated requests, WHO aid was not allowed to reach Tigray.

During the TPLF’s occupation of Afar and the Amhara region, the Ethiopian government said that the WHO and other international organizations “remained mute” to lootings and destruction by the TPLF which are now under the administration of the government.

“Those international institutions maintained their one-sided, biased perspective, ignoring all of the harm that the terrorist group TPLF has inflicted upon the people of Amhara and Afar,” said the GCS statement.

-For 6 months Ethiopia has not investigated deaths of aid workers

The Medecins Sans Frontieres (MSF), or Doctors Without Borders, lamented Thursday that no investigation nor justice have been sought for the killings of three staff members.

It has been six months since the murders of emergency coordinator María Hernandez, 35, assistant coordinator in Yohannes Halefom Reda, 32 and 31-year-old driver Tedros Gebremariam.

The three were traveling in the Tigray Region when MSF lost contact with their vehicle.

MSF President Paula Gil said the group’s investigations confirmed “that the attack was not consistent with crossfire injuries, but instead was an intentional killing of three humanitarian aid workers.”

The medical charity also asked the TPLF to carry out an investigation and to share its findings but a final report has not been received.

7 killed, 44 injured across US in weekend mass shootings: monitor