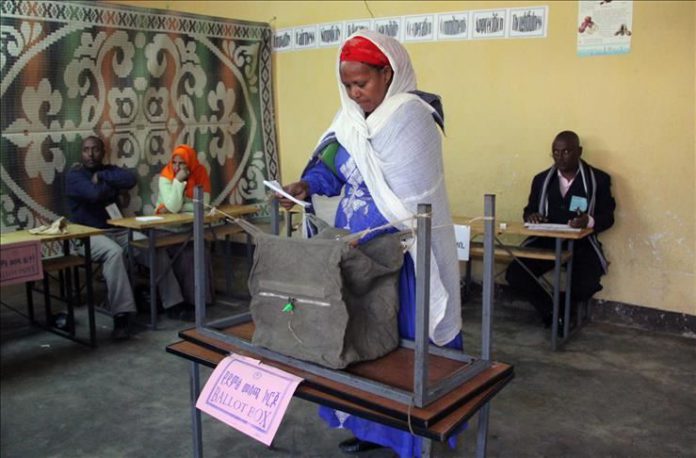 Ethiopia’s decision to postpone parliamentary and regional elections in the wake of COVID-19 pandemic, has put the federal government in collision with one region and the many opposition parties, triggering a constitutional crisis.

Defying the announcement, the northernmost Tigray region has decided to go ahead with polls, testing the fragile unity of the rugged, landlocked country located in the Horn of Africa.

The National Electoral Board or the country’s election commission has rejected any attempt by any regional power to hold elections.

“Regional elections are within the jurisdictions of the Board, and the board alone,” said Bertukan Mideksa, who heads the Election Board.

The elections were originally scheduled on Aug. 29 but were put off due to COVID-19 or coronavirus pandemic. A new date has yet to be set, and parliament failed to settle on one in a meeting last week. The five-year term of the current parliament is ending on Oct. 10.

Last year in October, the Prime Minister of Ethiopia, Abiy Ahmed, won 2019 Nobel peace prize, for forging a peace deal with neighboring Eritrea and introducing political reforms in his country.

The Tigray Peoples Liberation Front (TPLF), a ruling party in the Tigray region said it will go ahead with elections on Aug. 29.

The TPLF had split from the national Ethiopian People’s Revolutionary Democratic Front (EPRDF) coalition last year when its three other parties merged to form the new Prosperity Party (PP).

The parliament has endorsed the PP’s proposal to invoke constitutional interpretation to deal with the emergency to postpone elections.

The inquiry council is composed of the president and vice president of the Supreme Court and seven others.

But the TPLF has voiced strong reservations against the decision.

“This is a clear breach of the federal constitution,” TPLF said in a statement. It has called upon other regions and nationalities as well to reject constitutional interpretation.

“It is a practice anywhere in the world, “he added.

No question of transition government

He warned that any attempt by political parties to take advantage of COVID-19 pandemic to grab power will be severely thwarted.

“Young people should not die, mothers should not cry, and houses should not be destroyed just so that politicians want to take power,” he said.

The most-powerful activist-turned-politician, Jawar Mohammed, who in the past threatened to undermine Ahmed, said the legitimacy of the incumbent government will expire on Oct. 10.

In the meantime, according to him, the government should take political action to salvage the situation.

Another politician Lidetu Ayalew said in the wake of postponement of elections, a transitional government should take over. But the prime minister has already rejected the idea.

As many as 140 registered political parties will contest for 547 parliament seats when the elections will be held.

Speaking to Anadolu Agency, a prominent politician and political scientist, Merera Gudina said the government may be forced to invoke the force majeure clause — that essentially frees government from liability or obligation when an extraordinary event or circumstance goes beyond the control in the wake of war, strike, riot, crime, epidemic or an event described by the legal term act of God.

“We perfectly accept that the election has been delayed because of the circumstances that we are in,” he said.

“We, however, need assurances from the government that it is frankly committed to the democratic process,” said Gudina, who is also chairman of the four-party coalition called Medrek.

Ethiopian Citizens for Social Justice, a large party headed by Berhanu Nega, said they would accept the suspension of the election due to the spread of the coronavirus. But he said the elections should be held within one year.