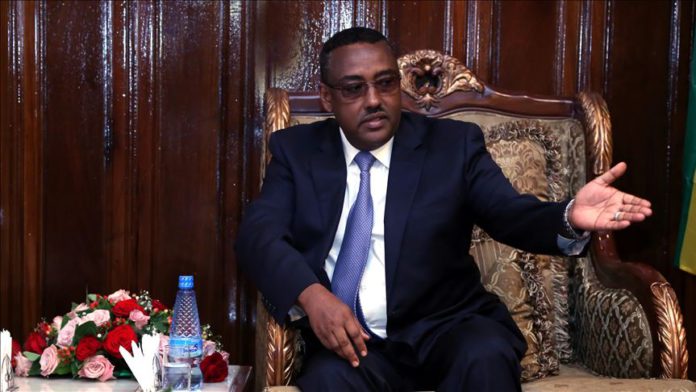 “This act is considered the highest form of treason,” Demeke Mekonnen told a news conference in the capital Addis Ababa. “It is worse than a foreign invasion.”

The Tigray People’s Liberation Front (TPLF) used to dominate Ethiopia. It led a four-party coalition that ruled the East African country for 27 years with iron grip and rampant corruption.

Its influence, however, waned under Prime Minister Abiy Ahmed, who came to power in April 2018 following nationwide protests by ethnic Oromos.
The party, which used to be part of the governing coalition before falling out with Abiy, leads the local government in Tigray.

Tensions escalated in recent months, and the TPLF distanced itself from federal-level activities in defiance of federal authority.

In September, the region conducted polls, despite the parliament having postponed the elections due to the coronavirus pandemic.

Now, it has been accused of attacking federal troops at an army base in the regional capital of Mekele, and trying to “loot” military assets.

The prime minister, who has declared a six-month state of emergency in the northern region, says a “red line” has been crossed. Internet has also been shut down in the tense region.

“The traitor group’s attack on the positions of the Ethiopian National Defense Force was part of an attempt to tear apart Ethiopia, and Ethiopians shall stand in unison to defeat the menace of the group,” Demeke said.

Meanwhile, an ad hoc committee has been formed at the prime minister’s office to facilitate media contacts and communications concerning the conflict. The committee is led by Ambassador Redwan Hussein.

Speaking at the briefing, Redwan said the government would make sure the armed conflict ends in the shortest possible time to minimize the pains of Tigrayans.

“It would be a clarion call for the Tigray people to wake up to the divisive moves of the gang.”

Attack on the army base was “totally unprovoked,” he said.

In reaction to the developments, the US Embassy in Ethiopia has called for “an immediate de-escalation.” “We strongly encourage all parties to prioritize civilians’ safety and security,” a short statement read.

*Seleshi Tessema in Addis Ababa contributed to this story