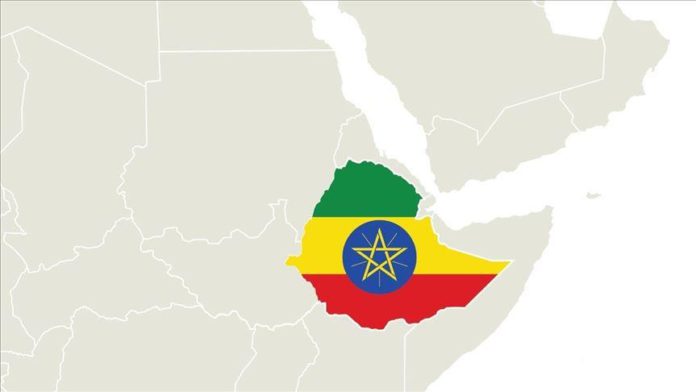 The Ethiopian government on Monday condemned a decision by the US to slap visa restrictions on current and former government officials and members of the military in connection with the East African country’s Tigray region, saying it was “undue.”

In a statement, the Foreign Ministry said Ethiopia would be forced to reassess its relations with the US in the face of such pressures.

“The Government of Ethiopia finds it unfortunate to learn about the decision by the United States to continue exerting undue pressure on Ethiopia by imposing visa restrictions on Ethiopian officials,” it said.

“What is even more saddening is the tendency by the U.S. administration to treat the Ethiopian Government on an equal footing with the TPLF, which was designated as a terrorist organization by the House of Peoples’ Representatives two weeks ago. There is nothing more revealing than this to understand the misguided approach by the administration,” it said, referring to the Tigray People’s Liberation Front.

“As the Ethiopian Government has made it clear, time and again, the attempt by the U.S. administration to meddle in its internal affairs is not only inappropriate but also completely unacceptable. Ethiopia should not be told how to run and manage its internal affairs.”

As far as alleged human rights abuses committed in the Tigray region are concerned, the Ethiopian government is fulfilling its commitment to hold those responsible accountable, the statement said.

“If such a resolve to meddle in our internal affairs and undermining the century-old bilateral ties continues unabated, the government of the Federal Democratic Republic of Ethiopia will be forced to reassess its relations with the United States, which might have implications beyond our bilateral relationship,” it added.

The US imposed visa restrictions Sunday on current and former Ethiopian and Eritrean government officials, members of the security forces and other individuals for their alleged role in undermining the resolution of the crisis in Tigray.

In a statement, Secretary of State Antony Blinken said the US has deepening concerns about the ongoing crisis in Tigray and people there continue to suffer human rights violations, abuses and atrocities.

In addition, Blinken said Washington has imposed “wide-ranging restrictions on economic and security assistance to Ethiopia and will bring our defense trade control policy in line with them.”

The top diplomat also pledged that the US will “continue humanitarian assistance and certain other critical aid to Ethiopia in areas such as health, food security, basic education, support for women and girls, human rights and democracy, good governance, and conflict mitigation consistent with available authorities.”

He also reiterated the US’ call for “a durable, political solution to the crisis.”

The Tigray region came under the international spotlight after Nov. 4 last year, when Ethiopia launched a massive law enforcement operation against the TPLF.

On Nov. 3, TPLF forces attacked the Northern Command of the Ethiopian defense forces stationed in Tigray state, including in the capital Mekele, killing soldiers and looting a sizable amount of military hardware.

On Nov. 28, Prime Minister Abiy Ahmed ended the military operation, but sporadic fighting continued in the state. Hundreds of thousands of people were displaced while tens of thousands of others fled the fighting to neighboring Sudan.