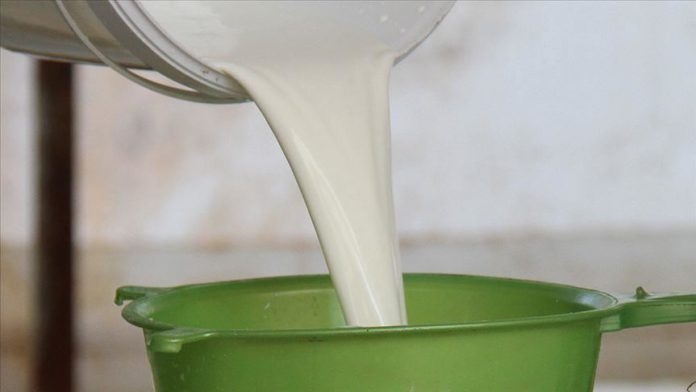 Although women constitute half of the cabinet in Ethiopia, the emancipation has not percolated to rural women.

Even after performing household chores, like cooking, cleaning, raising kids, and then working in the fields along with men, rural women are still unable to find a decent living for their families.

Living in a village near Legetafo-Legedadi town, devoid of tap water and electricity, 50-year old Adanech Hirpo, however, has shown means to the village women to supplement their income.

As her cow does not yield enough milk, she goes around the village to buy milk and turn it into butter and cheese.

With 15 kilograms of these milk products in a basket on her back, the mother of six children travels 40 kilometres to the nearby city to find buyers.

“I usually walk up to one hour from my home to take a bus to Addis Ababa to deliver butter and cheese to my customers according to their orders,“ she told Anadolu Agency.

“I have been selling butter and cheese in this manner for the last 15 years to supplement the family income, whose main source of living is producing grains and cereals, which are barely enough to feed a family of six,“ she said.

She has been able to marry two of her children, who have now established a home of their own.

Like Adanech, hundreds of thousands of other women also supplement their incomes by engaging in dairy farming.

“The dairy sub-sector offers a pathway out of rural poverty and hunger for millions of small- farmers through income generation,” said Food and Agriculture Organization officials.

According to a study, the dairy sector engages over 750 million people globally (mostly in developing countries) and is continually expanding, given the growing demand for milk and its products.

Ethiopia, which has one of the highest cattle populations in Africa, estimated at 60 million, therefore has potential to promote the dairy industry to create livelihoods and self-employment for over 85% of households in some areas, says the FAO.

According to the UK-based academic research journal the Conversation, Ethiopia produces about 4 billion liters of milk per year. But with low per capita consumption, estimated at just 20 liters, the industry has not been able to take a flight.

The FAO recommends that the per capita consumption of milk for any healthy society should be about 200 liters, meaning 22 billion liters of milk is required.

“This can be done through different practical interventions, for example locating milk collection facilities closer to producers within villages, or providing women with access to technology (and provide training on its efficient use) to enable women to expand their engagement in the sub-sector,” says the FAO.

While the proposal sounds auspicious, for Adanech who lives at a humble home at Wolgewo rural locality in Berek district, the hardships of preparing and selling butter and cheese remain unchanged.

But surely, she remains the heroine of her family – which is depended on her for much of income and also for undertaking household chores such as cooking food, washing clothes, tidying the house, and fetching water from nearby springs.

Speaking to Anadolu Agency Adanech said she only wants tap water for her village, which is at a stone-throwing distance from Legedadi dam, a scheme that supplies a significant portion of the tap water to the residents of Addis Ababa. Even being near the capital city, this rural locality does not have electricity either, making life for her and her community even harder.