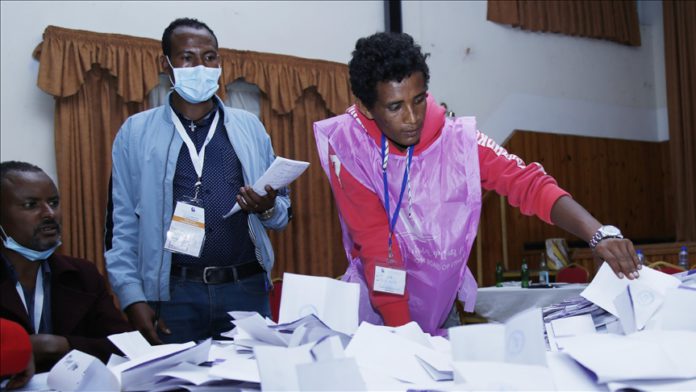 Monday’s general elections in Ethiopia attracted a voter turnout that took doubters by surprise and it was largely peaceful and successful, though logistically challenged, according to the National Electoral Board of Ethiopia (NEBE).

More than 37.4 million Ethiopians were registered to cast ballots in the sixth parliamentary and regional council polls held in most parts of the country.

The high voter turnout could not be managed by 6 p.m. (1500GMT) and the NEBE had to extend it by three hours to 9 p.m (1800GMT). Now counting and posting of results are taking place at polling stations level that will then be coalesced to constituency level.

The country managed to conduct the cleanest polls when compared to earlier polls, though with some reported handicaps.

As many as 9,175 candidates were fielded by 47 political parties, while 125 joined the contest independently in the polls conducted at more than 49,407 polling stations across the Horn of Africa country.

But even in some places where elections took place as scheduled, there have been some logistical hurdles that delayed voting in Sidama regional state one day.

In Sidama, the latest and 10th regional state in Ethiopia formed just a year ago, more than 3 million people are voting for their representatives today due to some hiccups created in the supply of ballot papers, according to the NEBE.

Displaying exhaustion from a long day of overseeing the voting process, she said the NEBE will release preliminary results within the coming 10 days, adding she expects complaints to multiply when results start coming in.

Death toll from massive explosion in Beirut rises to 73