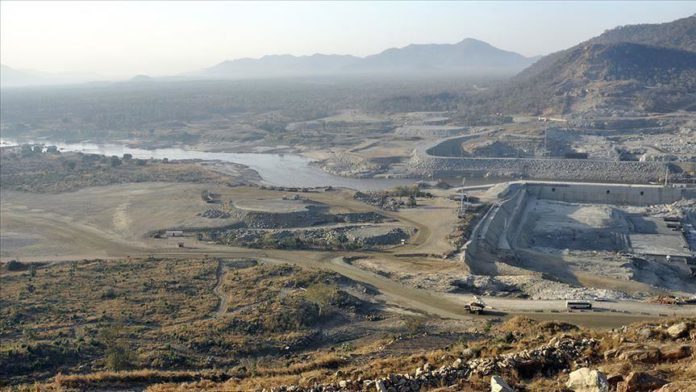 Ethiopia said Friday it has achieved the first-year target of filling the mega dam on the Blue Nile River amid talks to quell tensions with neighbors Sudan and Egypt.

“The successful filling of the dam boosted Ethiopia’s credibility on the international arena,” Dina Mufti, spokesman of the Ethiopian Foreign Ministry, said in a news conference.

The leaders of Ethiopia, Sudan and Egypt met virtually again last Tuesday as part of continued negotiations on the filing and annual operation of the Ethiopian Grand Renaissance Dam (GERD).

The African Union took over facilitation of the trilateral talks in June after talks sponsored by the U.S. and the World Bank had broken down in February.

However, sources close to the meeting who did not want to be named told Anadolu Agency that despite much talk about common understanding, there have been differences that emanate from Egypt’s insistence on historical right to the Nile while other riparian countries including Ethiopia base their Nile diplomacy on natural rights.

In another development, the spokesman said 30,087 Ethiopian citizens have been evacuated from the Middle East and neighboring countries amid the COVID-19 pandemic.

Dina said the government facilitated the return of 656 migrant workers from Beirut, 72 from Abu Dhabi, 3,539 from Saudi Arabia, 1,026 from Kuwait and the rest from neighboring countries in Africa.

China in NATO agenda for first time with US influence