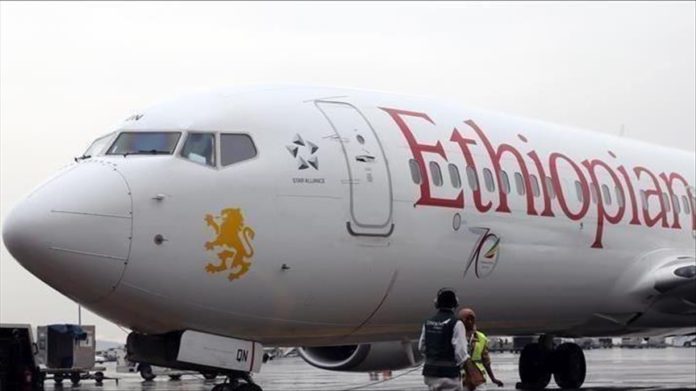 An Ethiopian Airlines Boeing 777 landed in the morning hours of Monday, and emerging from the plane were all Ethiopians who had been languishing in Saudi Arabian prisons.

Most of them displasyed very visible signs of psycho-social trauma as some kissed the blacktop under their feet in relief for having escaped the jaws of misery.

Ethiopian Foreign Ministry spokesperson Dina Mufti in a weekly press briefing Thursday said that since last Saturday, the government had managed to bring 9,902 citizens back from Saudi Arabia.

Saudi Arabia is host to hundreds of thousands of Ethiopian migrants who mainly take to the Middle East nation in search of jobs.

In recent weeks, the Saudi authorities have been heavy-handed on Ethiopian migrants there as their security forces detain and imprison them, breaking into their homes and confiscating their hard-earned property, Ayalkibet Hailemariam, an Ethiopian who lived in Saudi Arabia for 21 years, told Anadolu Agency in a phone interview.

“Not only illegal migrants but also those with resident permits are being affected by the latest moves by Saudi Arabian authorities to get rid of Ethiopians living there.

“The Ethiopians have been crying out for help living under very stressful conditions. … Most of the returnees are those who have been languishing in prisons in Jeddah, Riyadh, and Jezan cities, and not the latest victims,” he said.

According to spokesperson Dina, 35 flights have been made by the Ethiopian airlines to bring the Ethiopians back home and the plan is to transport 40,000 migrants from Saudi Arabia in a period of two weeks and reunite them with their families.

Last month, the League of Arab Nations passed a communique in an extraordinary meeting of foreign ministers opposing Ethiopia’s plan to carry on with the second-year filling of its hydro dam.

In January, trilateral talks among Ethiopia, Sudan, and Egypt under the auspices of the African Union came to a halt.

Migrants from Ethiopia, in addition to those from Somalia, Eritrea, and other West African nations, have been braving harsh conditions and taking chances in a life or death sea voyage via the red sea to Yemen end route to Saudi Arabia or via the Mediterranean to European destinations. Thousands perished and drowned in the seas.

Saudi Arabian authorities say they fear for the security of their nation hosting many illegal migrants.

Dina said there have been some push and pull factors leading to the mass exodus of Ethiopians to the Middle East.

“Ethiopia needs to address the root causes of migration, including poverty and security at home. To make matters worse, human traffickers have been luring the Ethiopian overseas job seekers and that should be tackled,” he said.

But, according to Dina, the latest widespread measures by Saudi authorities were targeted against the Ethiopians and that triggered suspicion that it was part of the larger international “plot” to put pressures on Ethiopia aimed at disrupting the GERD’s construction.