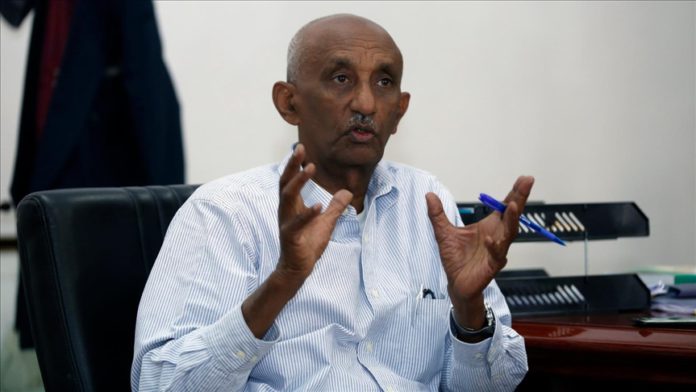 A living history of Ethiopia’s conflicts, Agregawi Berhe, 72, has vivid memories of the rise and fall of the now-banned Tigray People’s Liberation Front (TRLF).

Former guerilla commander, who was also the first chairman of the TPLF till his expulsion in 1979, Berhe recalls the journey of the organization from the revolutionary zeal to degenerating into oligarchy and authoritarianism.

Formed in 1975, the TRLF dominated Ethiopian politics, particularly the northernmost Tigray region. On the orders of Prime Minister Abiy Ahmed, Ethiopian federal forces recently defeated the TRLF and cleared the Tigray region from its ranks.

On a sunny day in the Ethiopian capital of Addis Ababa, when radio stations were playing patriotic songs and people in the cafes discussing the just-concluded war, the former commander said: “By luck or design I am made to witness and chronicle the rise and fall of TPLF and the calamitous end of my old comrades.’’

Gossips are flying in the air over the fate of the top leaders of TPLF, who fled the regional capital Mekelle after it was captured by federal forces in November.

Tall and calm Berhe, who is the general director of the Grand Ethiopian Renaissance Dam Public Participation Coordination Office which is raising funds for the construction of the $ 5 billion mega-dam, was among few young Marxist-Leninist Tigrayan nationalists who formed the TPLF in 1975.

Author of a widely cited book entitled A Political History of the Tigray People’s Liberation Front (1975-1991), the former commander said that while a swift recent military campaign of federal forces led to the fall of the 46-year old organization, the collapse had begun at its early stage.

“From the very beginning TPLF was determined to build an all-pervading authoritarian political institution,’’ said Berhe. He added that “it [TPLF] had succeeded in building a one-party system that ruled Ethiopia with an iron feast for nearly three decades”.

‘’The TPLF had also asserted its domination over EPRDF by greedily controlling the higher positions of the army, security and all law enforcement agencies,’’ said the former commander, adding that the move had angered the other EPRDF members and the nation by creating an ever-growing institution akin to a minority rule.

In November 2019, Prime Minister Abiy dissolved the EPDRF and formed a new coalition, the Prosperity Party.

Over the years, said Berhe, the TPLF led the authoritarian state, which committed egregious human rights violations and eliminated all opposition parties from the political landscape.

He said the political domination was deliberately coupled with economic control through corrupt means.

‘’The leadership of TPLF had been illegally providing lucrative contracts to its business institutions, family members, and selected supporters,’’ he noted, adding that in the past three decades TPLF had transformed into a powerful economic class and an oligarchy.

“The TPLF had ruled Ethiopia from the above, and its business institutions and the new riches had ruled from the below creating ethnically divided weak state institution,” said Berhe.

He pointed out that TPLF’s authoritarianism, political and economic domination had triggered a rebellion by the Oromo and Amhara members of the EPRDF coalition.

‘’The rebellion resulted in the appointment of Abiy Ahmed as a prime minister of Ethiopia in 2018 and marked the beginning of the final fall of TPLF,’’ Berhe said.

According to Berhe, TPLF launched what it termed as ‘’a lightening attack’ ’on the Northern Command of the Ethiopian army on Nov. 4, intending to reinstate its domination over the federal government.

They also thought that the people of Tigray would support them. The whole assumption went wrong, consequently, resulting in the TPLF to lose the war, Berhe added.

“My old comrades retreated to an area where we began the armed rebellion against the then military regime, “said the old commander

He said that he had mixed feelings and as a human being, felt sorry for his former comrades, as the reports suggest that some of the top leaders might have been arrested or killed.

“I feel sorry for them, but they were destined to end like this,” he added.

There are other people also in the capital Addis Ababa, from the Tigray region who share these mixed feelings regarding the fate of the TPLF.

Speaking to Anadolu Agency, Tsega who refused to give his second name due to security concerns said he was yet to come to terms with the fate of TPLF.

‘’They should not have started the war they cannot win in the first place. Who knows they can come back, but this would not be good for the poor people of Tigray,” he said.

Desta Tesfay another young man, a former supporter of the TPLF said that the fall of the organization would be good for the people of Tigray.

‘’I hope the negative stereotypical presentation grossly labeling our community as anti-reform and anti-peace would go away with the disintegration of the TPLF,” he added.

Putin has yet to make final decision on invading Ukraine: Pentagon