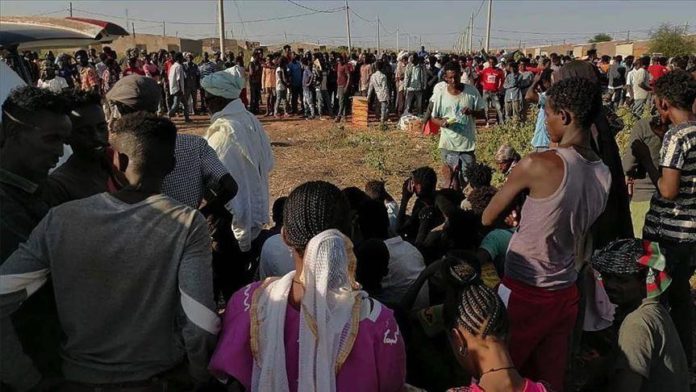 The Ethiopian government, in partnerships with international partners, has managed to reach out to 1.8 million people with humanitarian assistance since the “law enforcement operation” began in November in the Horn of Africa country’s northernmost region of Tigray.

On Nov. 28, Ethiopian Prime Minister Abiy Ahmed declared the military operation over after the fall of the regional capital Mekele to the federal army.

“There is sporadic firing in the region,” said Mitiku Kassa, Commissioner of the Ethiopian Disaster Risk Management, in a news briefing on Thursday. “We have been able to reach 1.8 million people in the region with humanitarian assistance.”

According to him, 1.8 million of the beneficiaries were those who had been receiving humanitarian assistance under a safety net program for years before the law enforcement operation.

He said food items, foods for children and lactating mothers, and non-food essentials have been distributed, covering all seven zones in the region.

The international community and the media have been critical of the government for not providing full access to the area. “Previously, humanitarian assistance was associated with access. Now, as the military progresses on the ground, most areas are accessible,” he added.

There are four camps in the Tigray region for Eritrean refugees, namely, May Ayni, Adi Harush, Hitsats, and Shimelba.

Hitsats and Shimelba are the areas where some active military engagement went on near the Ethiopia-Eritrea border, said Director General of the Agency for Refugee and Returnee Affairs Tesfalem Gobezay.

According to him, while the other two camps are safe and secure, refugees from Hitsats and Shimelba fled to towns in Tigray and Amhara States as well as the Ethiopian capital Addis Ababa.

Earlier, Filippo Grandi, UN High Commissioner for Refugees, after a four-day tour to the Tigray region said as many as 15,000-20,000 Eritrean refugees were unaccounted for.

“We are assessing the situation,” Tesfalem said but admitted that the refugee camps of Hitsats and Shimelba are completely deserted now.

“We are working with the Foreign Ministry and UNHCR for their return,” he said, adding: “Some of them want to come back to harvest the crops they had left.” However, he said, he would prefer not to give a timetable for their return.

Ukraine invasion could happen 'as early as next week': UK foreign...