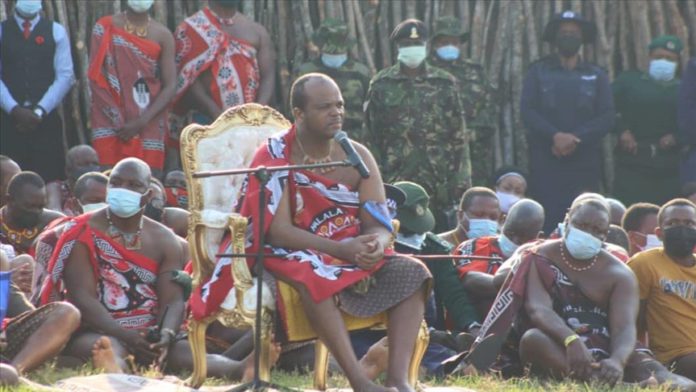 It was the first such address that Mswati made after nationwide protests marked by violence and looting erupted as young protesters flouted a nationwide call by the king to attend a speech at the Ludzidzini royal residence.

Speaking to the poorly attended meeting, Mswati denied reports that he fled the country two weeks ago amid the protests.

“At first, the news said King Mswati’s whereabouts are not known. Then, reports were that I was in Mozambique. Then, it was said: ‘Why was I silent instead of calling for calm.’ Lastly, I was accused of sending my troops to kill my own citizens,” he said.

Mswati underlined that residents who wanted change must follow the Constitution, adding that there was currently a need to appoint a prime minister that would restore investor confidence and resuscitate the economy of the Southern African nation.

“I have thought and prayed hard to have an ideal candidate and Cleopas Dlamini is the one I’m presenting to the nation today. I hope you will cooperate with him as he works hard to rebuild the country from the recent devastations and restoring the economy,” said the king.

It is customary in Eswatini for all other gatherings to be stopped out of respect when the monarch issues a nationwide summons. Many see the protesters’ defiance in the city of Manzini as a test of the king’s authority and a direct challenge to his popularity.

The protesters are demanding political reforms. Currently, the country is gripped in a state of curfew, fuel shortage and expensive commodities.